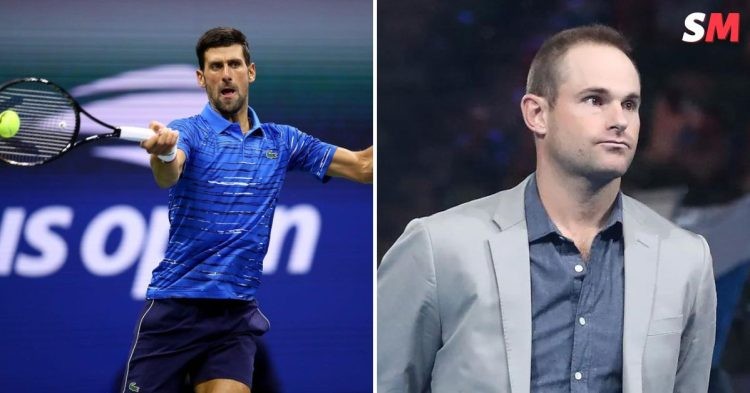 During the peak of his career, Andy Roddick was one of the biggest rivals of players like Federer. While he failed to win any grand slams during his career, he still managed to carve out a name for himself. Roddick recently gave an interview to the New York Post where he talked about many things related to tennis.

One of the major controversies surrounding tennis at the moment is the exclusion of Novak Djokovic in the US Open which is scheduled to take place in the coming week. Djokovic is not allowed to enter the current US policy doesn’t allow unvaccinated foreigners into the country.

While many tennis fans have criticized the government for not allowing Djokovic, Roddick feels the Serbian will have to bear the consequences of his decision. However, he acknowledged that inclusion of Djokovic would have made the tournament more interesting and competitive.

Furthermore, he said, “I think it’s unfortunate that he can’t play. But the writing has been on the wall, and he’s making a choice. I think we all deal with the consequences of our given choice. I think a tournament would be better for having him in it.”

Many tennis fans are criticizing the United States Tennis Assosciation for Djokovic’s exclusion from the US Open this year. However, Roddick doesn’t agree with this criticism. He feels the association cannot do anything when the decision has been taken by the government.

Moreover, he said, “But I also don’t know that it’s the U.S. Open or the USTA’s place to kind of override government policy. I think it’s ridiculous for anyone in general fandom to expect that of a tennis tournament.”