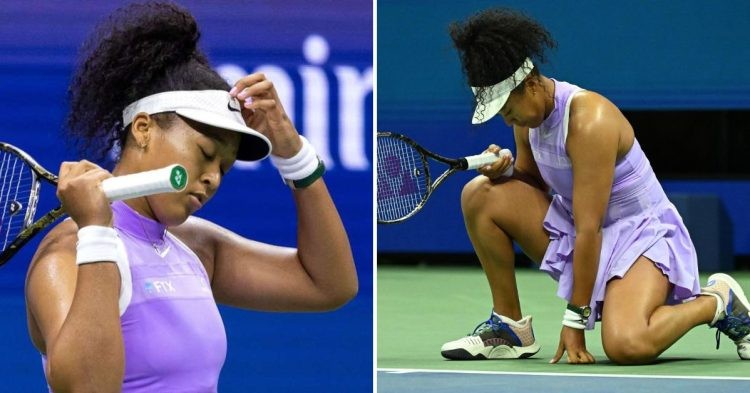 This year’s US Open has been all about upsets as the first round of the tournament is underway. The first casualty in women’s tennis was defending champion Emma Raducanu who lost to Alize Cornet in straight sets. The next one to bow out of the tournament is four-time grand slam winner Naomi Osaka.

Naomi Osaka faced 19th-seeded Danielle Collins in the first round and was clearly no match for her. Collins played aggressively and did not allow Osaka to bounce back in the game. Eventually, the Japanese tennis star lost the match 7-6, 6-3.

Osaka tried her best to adjust to Collins aggressive game by switching things up. However, it was clearly not enough to beat the American tennis player. As per WTA, Osaka said, “I thought she was really aggressive on my second serve, so I had to change it up a little bit.”

Talking further about the match, Osaka said, “She still was able to be quite aggressive, so I thought that was really good on her. I also felt like her plan was to immediately put me in defense, so she would have hit the ball no matter what type of ball I hit on her side of the court.”

It was a tough day for the two-time US Open winner as no one expected her to exit the tournament in the first round itself. This season has not been good for Osaka and she will surely try to bounce back next season starting from the Australian Open.

Naomi always has time for the fans 💙

See you next year, champ. pic.twitter.com/R97NqEfKFh

Osaka is a star in women’s tennis and has many fans who follow her religiously. However, it was surprising to see Osaka sign tennis balls and notebooks for her fans while exiting the stadium after her first-round loss. It showed that she really cared about her fans as they are the ones who have made her the player she is today.