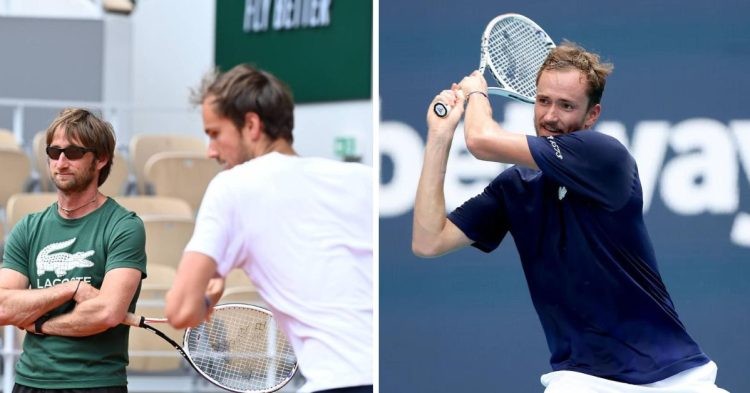 The decision led to a lot of controversies as many top players objected to the new rule. However, many players welcomed the decision and called it a necessary advancement in the sport. Current world number one Daniil Medvedev was asked about the same and he had an interesting opinion.

Medvedev did not object to the idea of off-court coaching as he feels it won’t have a big impact on the game. As per Tennis World, he said, “During the match, I don’t really see how a coach can help like in some other sports, where tactics are important.”

Daniil Medvedev was never against the idea of off-court coaching

Medvedev made his remarks before his match against Taylor Fritz which he won in straight sets. Taking his match against Fritz as an example, he explained how coaching between points will not make a big difference in such games.

Furthermore, he said, “So it can be a gamechanger sometimes. At the same time, many matches it’s – let’s say I play Fritz tomorrow, it’s our first encounter, still I know how he plays and he knows how I play. I don’t think on-court coaching tomorrow is going to make a huge difference.”

The Russian tennis star was never against the idea of off-court coaching as long as the rules are respected. As per the rules, the coaches can only provide coaching from their designated seat when their player is playing on their side of the court.

Medvedev further said, “But in general, I’m okay with it, like I was never against it. It’s just that the rule is that if I’m on the side, if I understand it right, he shouldn’t do it.” Medvedev is currently playing at the Cincinnati Masters and is warming up for his title defence at the US Open.