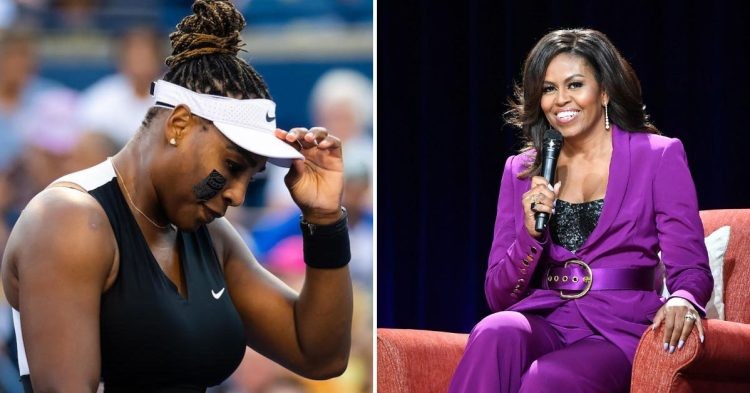 Serena Williams will retire from tennis after the US Open and tennis fans across the world are devastated after hearing this news. During her long and successful career, she has inspired many people as a black woman coming from the US.

After her retirement announcement, former US first lady Michelle Obama took to Instagram to honor Serena and her career. She acknowledged how the 23-time grand slam winner has pushed boundaries throughout her career to become the face of tennis.

As per Tennis World, Michelle said, “Serena, thank you for everything that you’ve done to break barriers and to be a positive light in this world. We’ve all watched you wear the crown of greatness with the kind of humility, grace, and integrity that all of us can aspire to.”

Serena and Michelle share a good friendship that has grown stronger over the years. During the peak of Serena’s career, Michelle was in the White House with her husband and former President Barack Obama.

Serena announced her retirement through a piece published in Vogue. She purposely avoided the word retirement and replaced it with the world ‘evolution’. She said in the article, “Maybe the best word to describe what I’m up to is evolution. I’m here to tell you that I’m evolving away from tennis, toward other things that are important to me.”

Michelle also stayed away from the word retirement and used evolution to describe the next phase of Serena’s life. Serena has played and won grand slams during tough times including her pregnancy and that is what Michelle admires the most about her.

Furthermore, she said, “It has meant so much to follow your journey as an athlete, as a mother, as a business leader, and more. I wish you the best as you evolve into this next chapter. And please know that I’ll always be cheering you on!” Just like Michelle, every other Serena fan is closely following her matches. Serena will next play at the Cincinnati Open followed by the US Open.