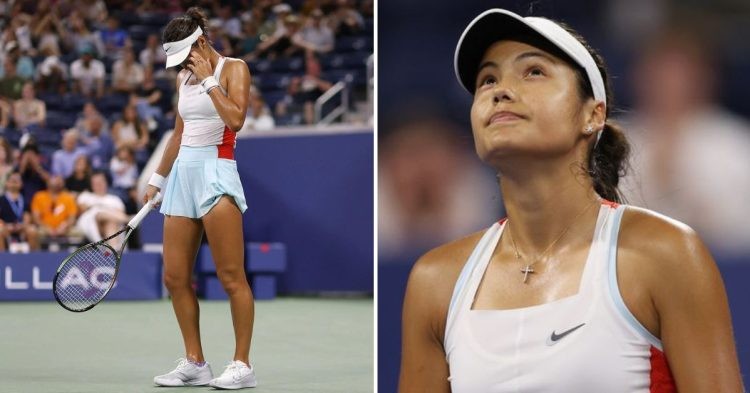 Emma Raducanu was not only one of the favorites but was also the defending champion for this year’s US Open. However, she crashed out of the tournament in the first round against Alize Cornet after losing in straight sets. Raducanu was no match for Cornet who won the match 6-3, 6-3.

Raducanu’s first-round exit will lead to a big downfall in her WTA ranking and she is taking it positively. As per the British tennis star, the early exit and the drop in ranking will allow her to make a fresh start next season with fresh challenges.

As per BBC, she said in the post-match interview, “In a way the target will be off my back slightly. I just have another chance to claw my way back up there. I’m in a way happy because it’s a clean slate. I’m going to drop down the rankings. Climb my way back up.”

2022 was Raducanu’s first full season on tour and she saw many ups and downs in just one year. At such a young age, she already has a grand slam in her bag and only has to work hard to get back on top.

Emma Raducanu disappointed with crashing out early in her favorite tournament

Raducanu won her first-ever grand slam last year at the US Open. Therefore, it is natural that she considers it her favorite tournament. To exit the tournament in the first round itself was understandably heartbreaking for the 19-year-old. Furthermore, she said, “Losing is obviously really disappointing, really sad to leave here. It’s probably my favorite tournament.”

However, Raducanu is confident that she is moving forward in her training and improving as a player. She said, “I’ve been doing some really good work in the last six weeks especially. I am looking forward to kind of putting more of those weeks together consistently, then we’ll see what happens.”

Raducanu is ready to put in the work and come back stronger next season. She said, “I’m looking forward and ready for the change that is coming.” Her fans would be hoping for her to make some impact at the Australian Open next year.