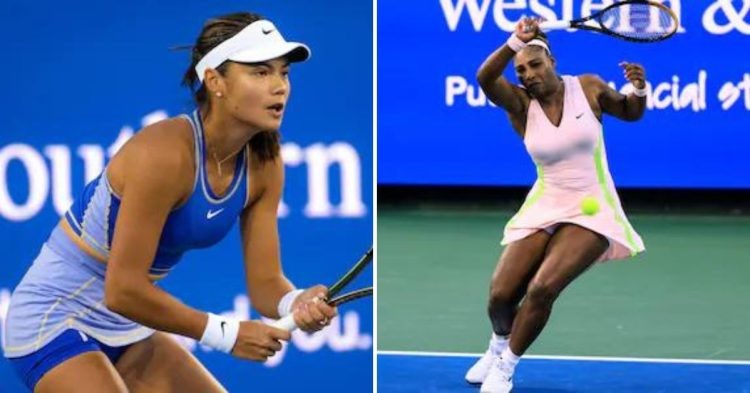 Emma Raducanu met Serena Williams in the first round of the Cincinnati Masters and won the match 6-4, 6-0 to advance to the next round. Raducanu will next play at the US Open where she will defend her title. While she is currently struggling with form, the win over Serena will instill some level of confidence in her.

The current US Open champion acknowledged that winning against the greatest female tennis player of all time will surely give her much-needed confidence. As per Reuters, Raducanu said, “Playing Serena and managing to win, I’m obviously really proud of myself, and it does give me confidence.”

While every win gives some kind of confidence and momentum, the win against a player like Serena was special for Raducanu. She said, “Each of those wins kind of build confidence regardless of the level you’re playing, every single win counts. But of course this one more so, because you’re playing like the greatest.”

It was a special match for Raducanu as she played Serena for the first and possibly the last time as the American legend will retire from the sport after the US Open. Therefore, Raducanu is cherishing the opportunity to play Serena before her upcoming retirement.

Furthermore, she said, “The chances to play her may be one of the last opportunities I get to play her. You have to cherish the moment, and you’re going to have this memory for the rest of your career.”

Raducanu has not won any title since her US Open win last year. She is not the favorite to win the title this year but will give her best to defend it. Even with poor form, the young British star has managed to keep herself motivated to play tournaments.

Raducanu will now face another tennis legend Victoria Azarenka in the second round of the Cincinnati Masters. She will be thrilled to play against two big players before the big showdown at the US Open.