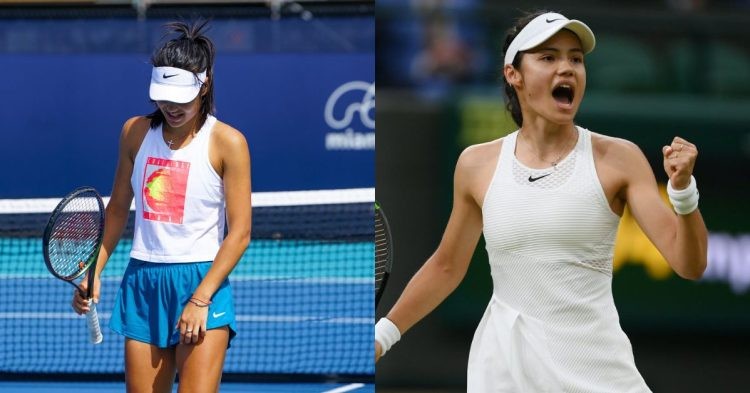 Emma Raducanu became the new teenage sensation in tennis when she won the US Open last year. However, she has failed to replicate that performance ever since. After winning her first-round match, which also marked her Centre Court debut, it looked like Raducanu was all set for another grand slam.

However, she lost the match against unseeded Caroline Garcia and crashed out of Wimbledon in the second round itself. During the press conference, she was asked if there was any pressure as a grand slam winner playing in her home country.

To this Raducanu replied, “There’s no pressure. Why is there any pressure? I’m still 19. Like, it’s a joke. I literally won a Slam.” More than the defeat, it was the manner of the defeat that surprised her fans. She lost the match in straight sets and it felt like she was no match for her opponent.

Furthermore, she said, “I’m a Slam champion, so no one’s going to take that away from me. If anything, the pressure is on those who haven’t done that.” Raducanu will try to shake things off and start fresh for the US Open.

Emma Raducanu talks about defending her US Open title

Last year, Raducanu played the US Open as a teenage prodigy. However, this year she will play it as the defending champion. All eyes will be on her and she will obviously try her best to defend the title.

“I’m a Slam champion, so no one’s going to take that away from me. If anything, the pressure is on those who haven’t done that.”

💬 After @EmmaRaducanu bowed out at #Wimbledon, she shut down any idea that feeling “pressure” was a factor.

Talking about the same, the British teenage star said, “Going back to New York, it’s going to be cool because I have got a lot of experiences playing on big courts, playing with people in the stadium, playing with the spotlight on you.”

Raducanu has repeatedly said that she is not taking any pressure. She feels she is still very young and has a lot to learn. An early exit from Wimbledon could mean a headstart for the US Open. As the defending champion, Raducanu fans will expect her to give her very best.