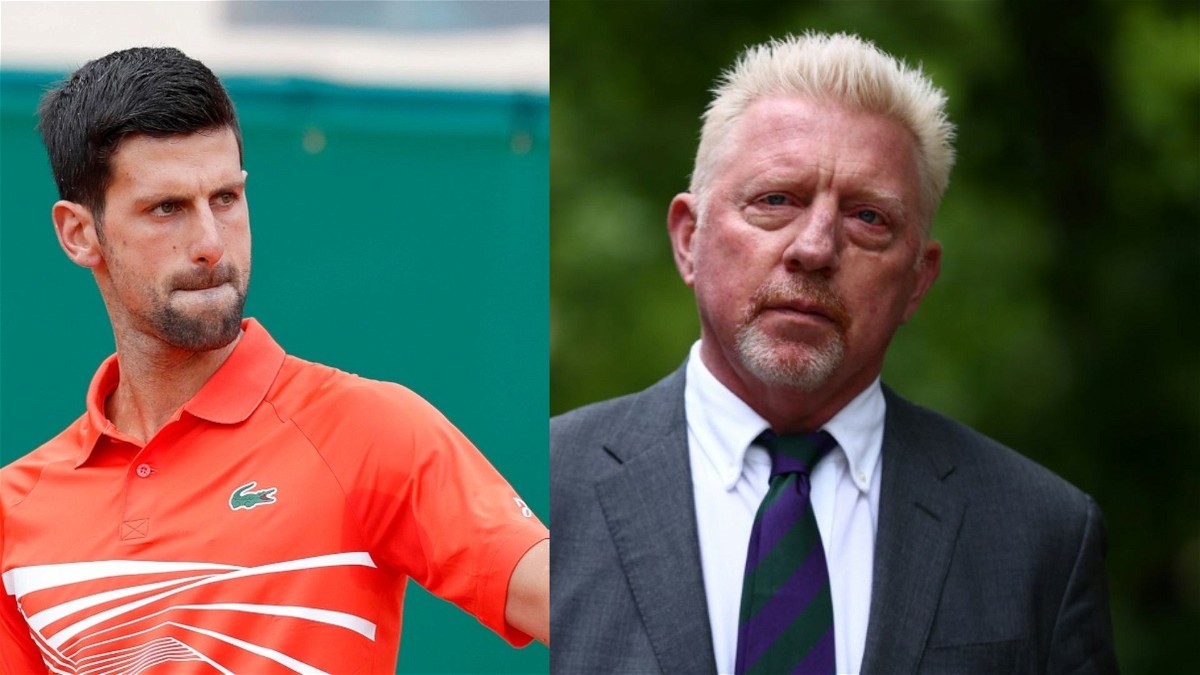 The recent conviction and jail sentence of Boris Becker took the tennis world by storm. Since then tennis players from across the world have been expressing their opinions on the incident. Novak Djokovic is the latest addition to this list of players.

The former German player was sentenced to jail in his bankruptcy case of 2017. Becker was convicted of hiding £2.5 million worth of assets to avoid the payment of his debts. The former World No.1’s bankruptcy was the result of an unpaid loan on his estate in Spain of over £3 million. Boris has been sentenced to two and a half years of jail on the 29th of April following his conviction a few weeks earlier.

Following the retired German tennis player’s jail sentence, Djokovic shared his view on the incident. The relationship between Boris Becker and Novak goes way back. The 54-year-old coached the Serbian athlete for three whole years before they parted ways.

Becker had joined Novak’s staff as a head coach towards the end of 2013. After three years of successful partnership, the two of them ended it in the year 2016.

Djokovic does not seem to have taken the news of his former coach’s jail sentence lightly. Speaking about the incident, the World No.1 expressed- “Just heartbroken, I mean, for him. He’s a friend, a long-time friend, a coach for three, four years, someone I consider close in my life and has contributed a lot to my success in my career.”

The Serbian champion further added- “I’m not going to get into details of the verdict, because I’m not in a position to do that, but, as his friend, I’m super sad for him. It’s not much that you can say.”

In the interview ahead of the Madrid Open event, Novak hoped it would all go back to normal for Boris Becker in the later stage.

“I just hope he will go through this period that he has to be in jail and that when he comes out he’s, you know, being able to live his life as, I don’t know if we’ll use the word ‘normal,’ because the life is definitely changing,” Djokovic said. “I just pray for him. I hope things will be well in terms of his health, his mental health, because that’s going to be the most challenging part,” Djokovic said.

Meanwhile, Novak Djokovic is all set to play his first round at the Madrid Open title scheduled on 3rd May.