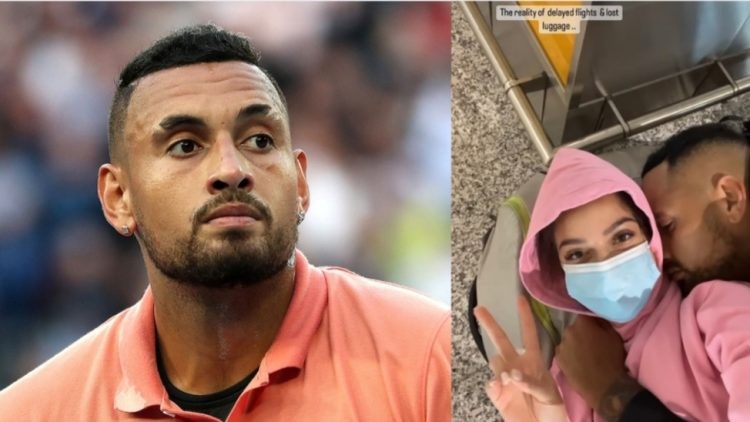 After suffering a men’s singles title loss at the 2022 Wimbledon Open final at the hands of Novak Djokovic, Nick was all set to visit Bahamas. However, the airlines lost their luggage and the flight was delayed. It seems like nothing is going perfect for Kyrgios.

Costeen Hatzi posted an image of herself and Nick sleeping in the floor of the Toronto Pearson International Airport with the caption, “delayed flights and lost luggage”.

The social media influencer, Hatzi later posted a follow-up Instagram story which showed the couple’s arrival to the Bahamas.

Airports across Canada have struggled to cope with a massive overflow in travel and tourism. With long lines, lost luggage and flight delays, Air Canada has announced that it will reduce its schedule during the months of July and August.

With this win the Serb moves past Roger Federer to have 21 Grand Slam titles to his name. He is just one title behind Rafael Nadal who won his 22nd Grand Slam title at the French Open this year.

After the loss at the All England Club, Nick was looking forward to a down time in the Bahamas. His plans were obstructed with the flight delay and lost luggage. It seems like everything is going haywire for the Aussie.

However, according to his girlfriend, Costeen Hatzi’s recent Instagram update, the couple has landed in the Bahamas and enjoying their time there.