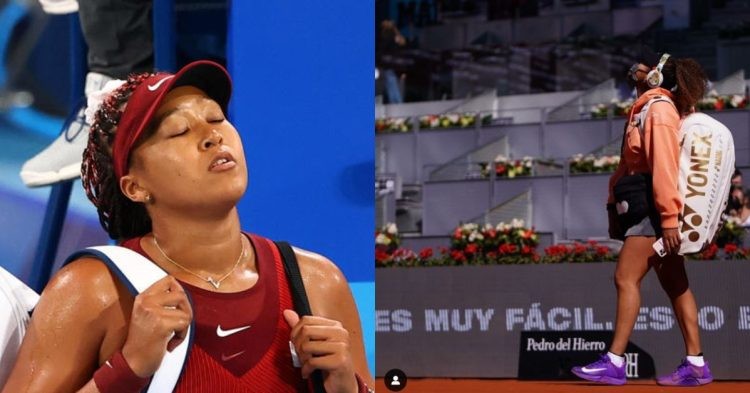 The Japanese champion, Naomi Osaka, has made the news yet again by backing out of the Australian Open with pouring heartfelt emotion. However, she was not received with kind words from the Tennis fans, who made a mockery of her downfall in the tennis circuit by questioning her reliability as a professional tennis player.

Making history by being the first Japanese to win a Grand Slam in 2019, the young champion was missing from active competition for almost the entire 2022. Amid her absence from the Tennis court, the 25-year-old has opened up about her mental health issues and explained her reasons for her absence from the major tournaments.

Why did Naomi Osaka withdraw from Australian Open 2023?

The two-time champion has named herself for withdrawal from the Australian Open which has been growing concerns among fans and the global tennis community, giving rise to questions and stipulations as to whether Naomi Osaka will resume her career any time soon or not at all.

The apparent reason behind Osaka taking a break from being regular and active on her WTA tour lies in her statements of having a hard time dealing with mental health issues and the tragic passing of American professional basketball player and fallen NBA legend, Kobe Bryant, who is known for spending his entire 20 year career with the Los Angeles Lakers.

According to the Japanese, Kobe would text positive things to Naomi and tell her to learn from them. Bryant passed away in January 2020 with his daughter Gianna in an unfortunate helicopter crash leaving the entire world’s sports community in shock. Weeks ahead of his third death anniversary, it is speculated that it is one of the reasons why Naomi Osaka has decided to withdraw from the event.

Moreoever, she has already revealed much about her deteriorating mental health and would like to remain away from the glitz and glamour of media and the competitive nature of the sport.

LoL is she still a tennis player?
Thought she retired ages ago & was a full-time “celebrity” now

welp, see what you get for thinking?

no one will miss her

What, miss her retiring half way into a match.

That’s about as surprising as this morning’s sunrise.

No we won’t. Both Naomi and Raducanu are in tennis for the money

And she is unlikely to play Roland Garros.
Likelihood of retirement? High

Didn’t even realise she was in the field to begin with tbh.

Used to be her fan not anymore she better retire 😂

Can Naomi Osaka pave her way back into making a comeback?

Naomi Osaka who recently recovered from an Achilles injury and a shocking recent split with coach Wim Fissette had entered the recently held US Open with a wildcard entry. Being an activist by having shown a tremendous amount of support for Black Lives Matter has significantly earned her a strong fan base across the globe and is regarded as one of the fastest women servers on the tennis tour.

The Japanese, however, to make herself stick long enough in the professional tennis arena later in the future needs to focus more on her mental well being which seems to be holding her back from making a successful comeback for herself.