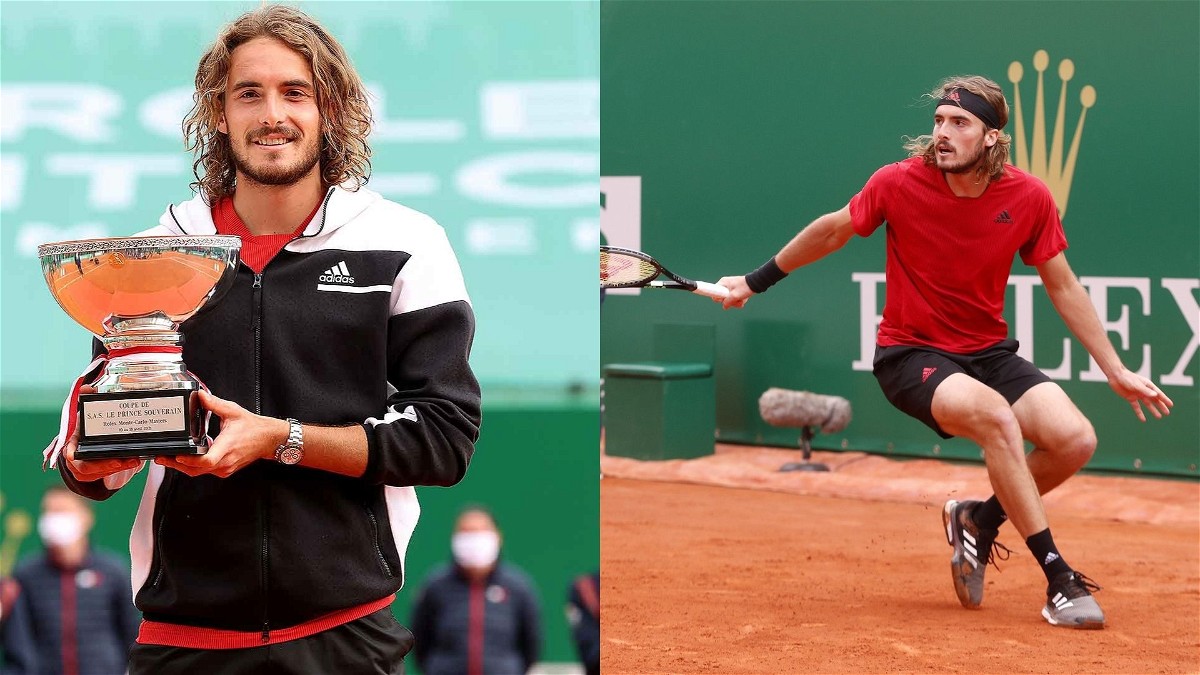 The World No.3 Stefanos Tsitsipas defended his Monte Carlo Masters title by clinching the trophy yet again this year. The Greek athlete defeated Alejandro Davidovich Fokina of Spain to lift the ATP 1000 tennis title.

Except for the quarter-finals of the Monte Carlo Masters 2022, Tsitsipas won all other rounds in straight sets. Given he sailed past all his opponents smoothly, Stefanos might just be the new face to be associated with clay-court championships. In short, the Greek athlete may replace Rafael Nadal as the ‘King of Clay’ courts soon enough.

Every tennis fan remembers the French Open 2021 final. Novak Djokovic and Stefanos Tsitsipas played one of the most competitive tennis on the clay-court Grand-Slam last year. Although a senior player, Djokovic had to put up with Stefanos’s tough fight at the final match.

The 34-year-old had to play tirelessly for about four hours and eleven minutes to clinch his 2nd Roland Garros title. Although Tsitsipas lost the five-setter final game, his tennis throughout the match remained one of the best in his tennis career.

Though it was his first Grand-Slam final, Stefanos Tsitsipas did win the first two sets of the final match against Djokovic. However, he ultimately went down with the scores- 7-6, 6-2, 3-6, 2-6, and 4-6. This brilliant performance earned Stefanos the title of great champion in the words of Novak Djokovic in the post-match conference.

Even towards the end of the game, Tsitsipas did not give up on his performance, instead maintained the standards. He held his serves making it clear that he was not the one to lose. Although he ended up as the runner-up of the Roland Garros 2021, his game was no less than that of the winner.

During his early years of professional tennis, Tsitsipas established his name with respect to clay court. In 2018, he was the finalist of the Barcelona Open and so was the case at the Madrid Open the following year.

Last year too, besides the French Open final, Stefanos also reached the finals of the Barcelona Open where he lost to Rafael Nadal. In the final against Nadal too, the Greek champion won the second set putting up a tough fight.

Cut to this year, Stefanos really upped his game on the clay-court. Tsitsipas does have the requirements for a player to be great on clay. Besides being an especially fit player with brilliant agility, he also has the ability to maintain serves. The Monte Carlo win marks his 20th Clay-court win of the year.

With a fairly good record of his performances on clay-court, it won’t be a surprise if he replaces Rafael Nadal as the King of Clay in no time.