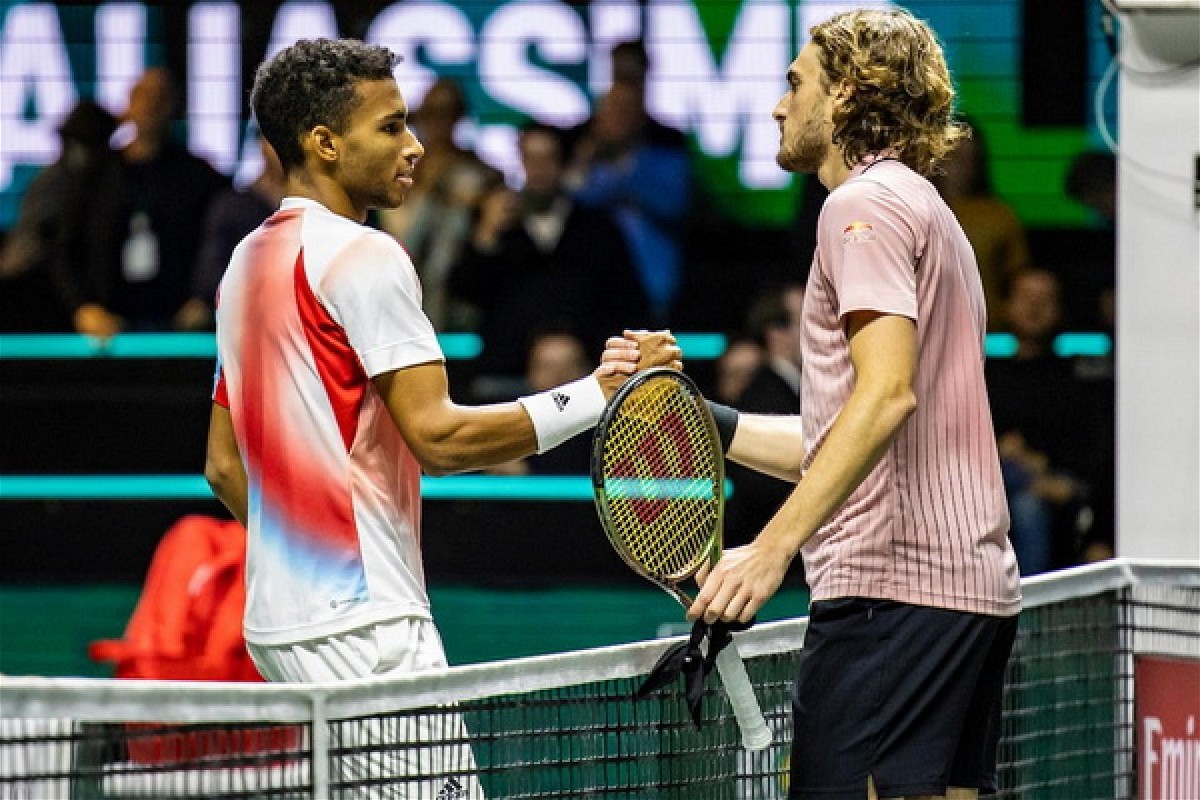 It was an eventful day for the young Felix Auger Aliassime as he won his maiden ATP title at the Rotterdam Open by defeating the world number 4, Stefanos Tsitsipas. It seems that the ninth time is the charm for the Canadian tennis star as this was his 9th time competing in an ATP level tournament finals.

It was no easy task for Felix Auger Aliassime as he was facing the comparatively experienced Greek tennis star Stefanos who has been in a good form lately and is also ranked within the top 5 of the ATP rankings.

BREAKING: Canada’s Felix Auger-Aliassime’s has won his first title on the ATP Tour after defeating Stefanos Tsitsipas in the Rotterdam Open final. ????????????????https://t.co/HK7i6NkWAr

The fighting spirit of Felix needs to be applauded since prior to this match the record of Felix winning finals in a tour-level ATP tournament was 8-0 which would definitely have added to the pressure of facing Stefanos Tsitsipas.

Felix overcame all odds and pressure to clinch his maiden ATP level title. A lot of people were speculating that it would be an easy win for Tsitsipas.

On the contrary, Felix won through straight sets and dominated the match from the first point itself to rattle his opponent. It seemed as if Stephanos could not recover from the shock of Felix’s aggressive shots especially his groundstrokes which targetted the weak backhand of Stephanos.

It is worth noting the fact that the head-to-head statistics before this match was 5-2 in the favour of Stefanos. In the post-match interview, Felix was quite elated and could not contain his excitement as he said,

“It has not been the smoothest road since my first final three years ago,”

“It is an amazing day for me to get my first title and especially here. I played my first ATP main draw here a couple of years ago, so it is right I won my first title here.”

“I have a lot of good memories playing here in front of you, so thank you for making it a special week for me that I will remember for the rest of my life,”

Tsitsipas, who won the ATP Finals and a Masters 1000 in the past, is now 0-8 in ATP 500 finals. Quite a stat… pic.twitter.com/IOtZMqNiyF

“It is the happiest day of my career and hopefully it is the first of many to come.” Said Felix in the context of Stephanos Tsitsipas.

Felix Auger Aliassime seemed to take revenge from Tsitsipas for his loss against him in the finals of Marseille in 2020.