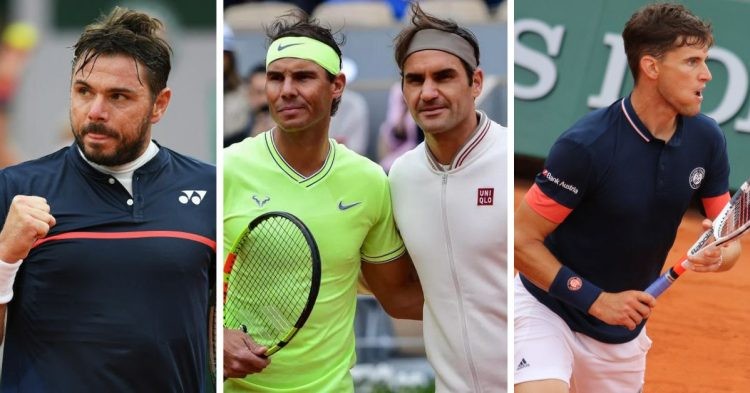 The rivalry between Roger Federer and Rafael Nadal holds a special place in the history of tennis. The two have pushed each other’s game which has led to many nail-biting encounters. This year marks the 50th year anniversary of the ATP tour and players were asked about their favorite rivalry.

US Open 2020 winner Dominic Thiem acknowledged that there have been many iconic rivalries in the past but nothing comes close to the Federer-Nadal rivalry. As a child, Thiem grew up watching their matches and it is no surprise he chose the ‘Fedal’ rivalry.

As per Digi360, Thiem said, “So the most iconic rivalry on the ATP Tour is difficult to say from what I have heard of. Sampras-Agassi was great and, of course, also McEnroe-Borg must have been unreal, but I grew up watching obviously Roger and Rafa.”

Thiem has many memories attached to this rivalry as his earliest recollection of watching tennis on TV involves the two of them fighting each other. He said, “That was the first rivalry I could also watch on TV and was growing up with, so I chose this one. This one was also the first match I was looking live on TV, and in the following years, they played so many great matches, so for me, this is the best rivalry.”

However, after watching two legends like Federer and Nadal from close quarters, Wawrinka was forced to change his opinion. He said, “For me, it was before arriving on the Tour, it was Sampras and Agassi, and then Roger Rafa.”

Federer is calm and graceful while Nadal is aggressive and powerful. Tennis might never see another rivalry like this and tennis fans should cherish it now that the two players are slowly approaching their retirement.