“It Was Complicated”: Rafael Nadal Issues Statement After Winning the Mexican Open 2022 by Beating Cameron Norrie 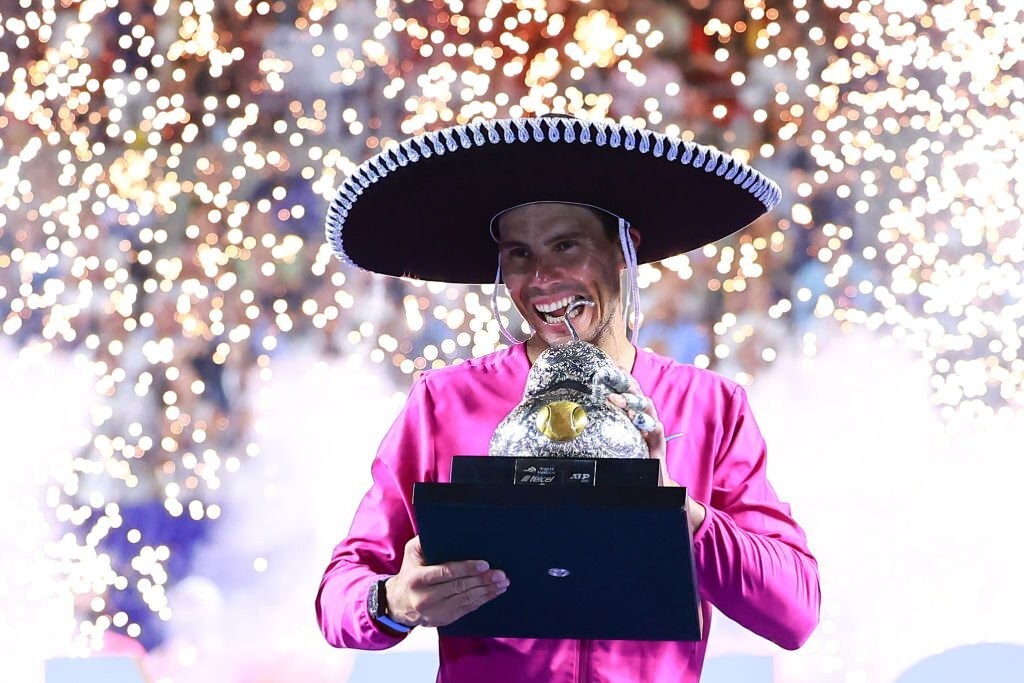 Rafael Nadal who is 35 years old is currently enjoying the form of his life. He previously won the Australian Open 2022, a month back and now he won the Mexico Open 2022 after defeating Cameron Norrie in the finals and Daniil Medvedev who is the newly crowned World number 1 in the semi-finals.

With the win against Norrie in the finals, Rafael Nadal has now extended his best unbeaten match streak to 15. The Mexico Open was the 91st title Nadal has added to his decorated trophy cabinet. This is the fourth time the Spaniard has won the Mexican Open.

He has won the titles previously in 2005, 2013 and 2020. Rafael was clearly the fan-favourite in Mexico as he enjoyed the support of the fans on the tennis court.

Rafael Nadal’s longevity in the sport is extremely commendable as he is able to defeat the young tennis superstars such as Daniil Medvedev and Cameron Norrie in high octane matches.

Nadal will be next seen competing in the USA for the Indian Wells title.

“It’s been a long career,”: Rafael Nadal on winning the first Mexico Open title when he was just 18

Rafael Nadal was definitely a happy man after he won his record 91st title after defeating Norrie in the finals. In the post-match conference, he said,

“I’m fine, very happy, I haven’t lost a set throughout the tournament and the first two days were fast matches that didn’t have much time on the court. Physically I felt very well despite the intense humidity there is in this tournament,”

“It was complicated, and I ended up taking the victory. Looking back, a few weeks ago this would have looked impossible. It’s amazing how things can change in such a short span, from not being able to practice and now to be where I am today.”

“The first time I came here, everything was new for me, and after all these years you start to appreciate more each victory than when you were an 18-year-old boy.”

“Throughout my career as a professional tennis player there are many tournaments that have left an important mark, and I have incredible memories of this place,” He concluded.

It is worthwhile to note that in this tournament Nadal didn’t even lose a single set. With the form and confidence currently possessed by him, it wouldn’t be a surprise to watch him be a title contender in the upcoming Indian Wells tournament.

3 Reasons Why Roman Reigns Turning Heel Is the Best Thing