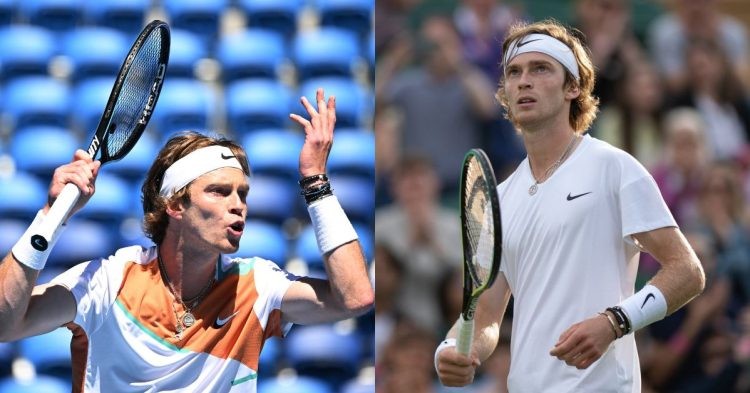 When the war between Russia and Ukraine broke out, Russian player Andrey Rublev was one of the first ones to condemn it. However, he was unable to participate at The Championships this year after Wimbledon imposed a ban on Russian and Belarusian players.

The decision led to a lot of controversies as the tennis world was divided over the issue. The issue deepened further when Russian-born Elena Rybakina won the tournament in women’s singles. After the end of the tournament, Rublev has given his views on the ban. As per him, the ban should not have been imposed. In fact, he even suggested some ideas to show a united front.

As per Metro News, he said, “We offered some solutions that could be really helpful diplomatically – playing in mixed doubles with Ukrainians or not coming for the medals. We wanted to use the platform of a championship to show that we don’t fight here, that there is no war in tennis. It’s most important now.”

For any tennis player, Wimbledon is the biggest event of the year. To suddenly see yourself outside the tournament for no fault of yours will rightfully upset any player. Rublev was no different as he revealed that he was pissed off when he got to know about the ban imposed by Wimbledon.

Moreover, he said, “Everyone is working as hard as possible and attending other tournaments just to get to the four Grand Slams and show their best. Of course, I was frustrated when I found out about the suspension. Everything I earn, I invest in my career, and then I am forbidden from doing my work. It is upsetting for sure.”

Rublev wanted to use the court as a stage to deliver the message of peace and unity. He said, “As a tennis player, I could deliver the right message from the court. But I kept getting the same answer: The Russian government is going to use our results for propaganda.”

However, his views were never taken into account. What eventually happened was Wimbledon ended up as a lackluster event. The decision only led to unwanted controversies and nothing else.