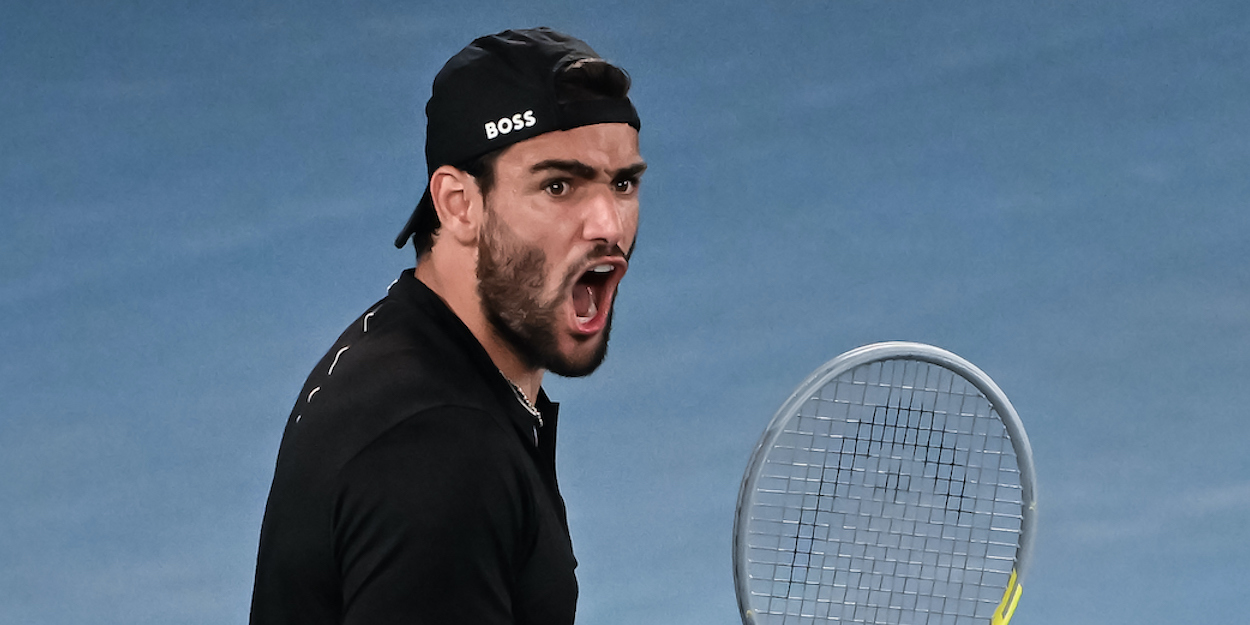 In the second quarter-finals of the Australian Open 2022, Matteo Berrettini of Italy defeated the French player Gael Monfils.

During the post- match interview, Matteo Berrettini was interrupted by an abusive fan who hurled abuses at him during his talk.

Earlier, as the game was going on, the chair umpire James Keothavong had to cut in and plead to the chaotic fans constantly. One of the unruly fan was confronted multiple times during the course of the match.

The interviewer asked Matteo as to did he think about semifinal after he lost two sets in a row to the French player Gael Monfils. Berrettini responded- “I was just focused to win the match you know. I had a couple of break points and I couldn’t make them. Like I said, tennis is like this.”

The Italian champ referred to his third round match against Carlos Alcaraz- ” This happened with Alcaraz as well. I was leading and then they start to play better I guess.”

While he chuckled and tried to continue his response, a group of wayward fans struck Matteo Berrettini with abuses. Although he turned towards the crowd, Matteo tried to ignore them saying- “I didn’t hear.”

However, Berrettini later struck back at the abusive fans. The 25 year old stated- “I mean it’s full of people and I like it. Some of them are not really tennis fans I think. But it is what it is. You can’t control everybody. I think to be respectful is something you have to do anyway. It’s fine, I win and I’m happy.” The whole stadium roared with cheers in Berrettini’s support, making him smile.

The interviewer reminded how Matteo won the US Open 2019 quarter-final and met Rafael Nadal in the semifinal, just like now in the Australian Open 2022. He asked with only two days to recover from the intense five- set match, what is his thoughts.                                               Berrettini answered- “It was the only time I played Rafa. And it was really tough match for me, he won the tournament after. It was my first semifinals, I didn’t really know what to expect, even though the first set I had six points.” He thinks the upcoming semifinal is going to be ‘great fight.’

He mentioned how Nadal too played a five- set match earlier today, so he’ll need to rest as well. Although, Nadal is older as the interviewer pointed out, Matteo added to it by saying that Rafael was more experienced too.

Upon being asked if he would watch fellow countryman Jannik Sinner’s match against the Greek Stefanos Tsitsipas,  Matteo admitted he would. He said- “I’m really good friends with Jannik. I’m friends with Stefanos. I wish them best of luck. I’m gonna watch for sure.” He further jokingly added that he has to watch it as he had nothing to do in his room.

Matteo Berrettini, being the first Italian to advance to semifinals of the Australian Open, is set to meet Spaniard Rafael Nadal on 27th January.