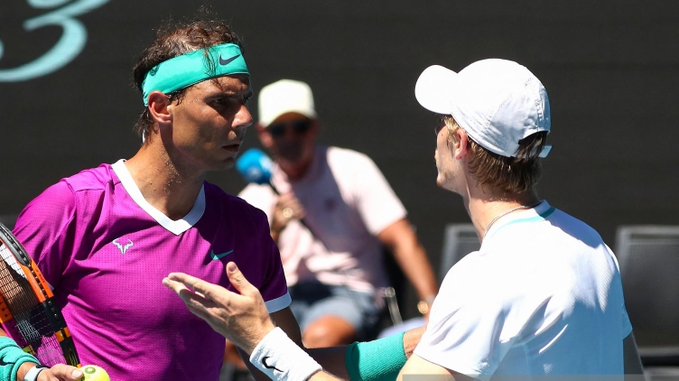 Denis Shapovalov accused chair umpire, Carlos Bernardes as “corrupt” during the quarter final match for not enforcing a penalty on the meticulous Nadal. Rafael Nadal who has a extremely fidgety  routine between points often pushes the 25-second serve clock to the limit.

Also Read:- “You Are All Corrupt” – Denis Shapovalov Accuses Chair Umpire in The Quarter-Final Game Against Rafael Nadal

Rafael Nadal moved into the semi-finals of the Australia Open, 2022 after defeating Denis Shapovalov. He claimed a five set thriller victory over the Canadian to move into his 7th Australia Open semi-final.

After losing to the Spaniard in an epic quarter-final at the Australian Open on Tuesday, an angry Shapovalov slammed Rafa for receiving preferential time treatment.

Denis Shapovalov Backtracks On His Accusations

During press conference after the quarter final match, the 22-year-old Canadian backtracked on his accusation. He  acknowledged it was wrong and that he “misspoke” during the 6-3, 6-4, 4-6, 3-6, 6-3 defeat. 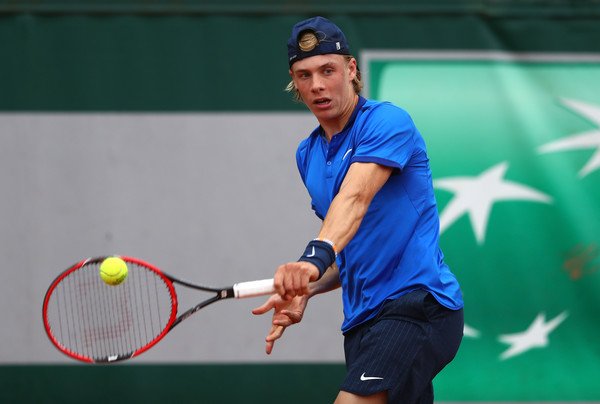 However Shapovalov stuck to his accusations on “how much Rafa is getting away with”. He believed that the Spaniard deserved a time violation.

Shapovalov said, “I mean, I think I misspoke when I said (the umpire’s) corrupt or whatever I said. It’s definitely emotional but I do stand by my side. I think it’s unfair how much Rafa is getting away with.”

“I’m completely ready to play and the clock is ticking, clicking towards zero, and I’m looking at the ump, and obviously I’m going to speak up and say something.”

“I’ve been ready to play for a minute and a half, and he tells me he’s not going to give him a code violation because I’m not ready to play. To me, it’s a big joke if somebody says that.”

A fuming Denis Shapovalov also said he was not allowed to take a toilet break after the fourth set when he asked for one.

“He (Nadal) had already taken two medicals. He was getting medically evaluated, and after the evaluation the guy goes and takes a toilet break,” he said.

After the quarter final loss at the Australia Open, Denis Shapovalov did a press conference. He was fuming during the pressers.

The reporters asked him if he believed that Rafa was getting a preferential treatment due to his Grand Slam status.

He said, “Of course. 100 percent he does,” he fumed. Every other match that I have played, the pace has been so quick because the refs have been on the clock after every single point.”

“This one, he’s given so much time in between sets and all this. It’s just dragged out. I mean, it’s just not balanced.”