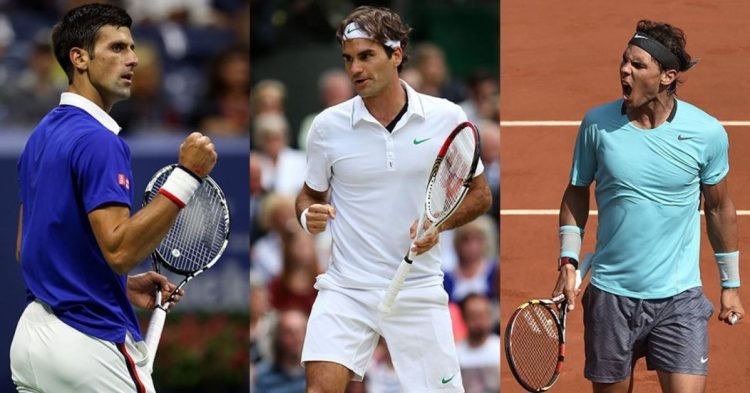 For the longest time, Roger Federer was considered the greatest of all time in the history of tennis. However, Rafael Nadal and Novak Djokovic clawed their way up to start the debate on who is the GOAT of tennis. In 2022, both Nadal and Djokovic went past Federer in the race of grand slams. Journalist Jon Wertheim recently gave his take on the debate on why Federer might not be the GOAT after all.

In the last 18 years, 63 out of 75 men’s singles Grand Slams have been won by Djokovic, Nadal and Federer.

While Federer currently stands at 20 grand slams, Nadal sits at 22 while Djokovic is at 21. Moreover, Federer is 40 years old and is away from the court due to his knee injury. On the other hand, Nadal and Djokovic are considerably younger than him 36 and 35 years old respectively.

It looks like Federer will announce his retirement next year and might end his career at 20 grand slams. However, Nadal and Djokovic still have a few years of tennis left and can win many more grand slams. If that is the case, then Federer is clearly not the greatest as per Wertheim.

The biggest thing is 21 slams, but four Wimbledon titles in a row is stunning from Novak Djokovic. Total domination of the grass court major. Who'd bet against him not just topping the majors count when he's done but the Wimbledon list too. Roger Federer (8) just one ahead now.

He said, “It’s getting hard to make a case for Federer here. Djokovic is within one Wimbledon title of tying him at Federer’s best major. And Nadal (now 36) and Djokovic (35) were younger when they broke through and will likely be older when they win their last.”

Statistics clearly don’t favor Federer in the GOAT race because his rivals are now ahead of him and he might never catch them. Moreover, he loses to both of them in the head-to-head record. So even those stats are against the Swiss legend.

However, Federer might still be the GOAT of tennis. This is because he has a universal appeal that no other athlete has in the history of tennis. Take this example and decide for yourself. This year’s Wimbledon did not have Federer. The viewership of Wimbledon was low compared to the past years and one of the reasons was the absence of Federer.

I don’t care if Djokovic has 7 or 8 or 9 @Wimbledon titles, Federer is still the greatest grass court player ever. Even comparing Djokovic with Sampras makes me sad because Sampras was so much better

There is a reason why there are more Federer fans compared to Nadal and Djokovic. Federer’s calm behavior and graceful playing style has made him a unique figure in tennis. He has managed to transcend the boundaries of grand slams and trophies to not just become a global icon for tennis, but also the greatest of all time.