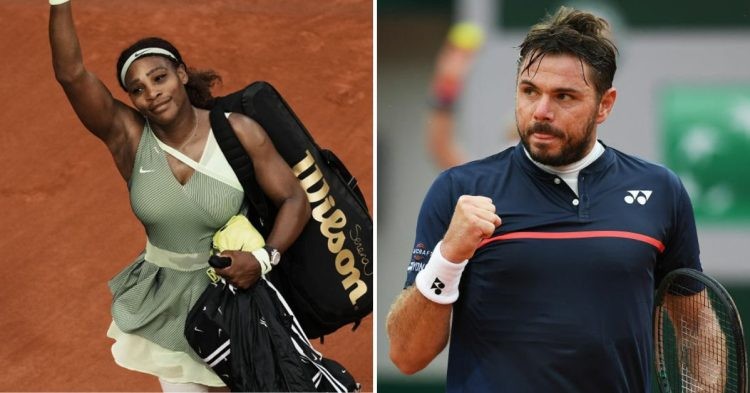 Stan Wawrinka is one of the veterans in tennis who stood up against the Big Three during his prime. He has seen players like Roger Federer and Serena Williams in their prime. With Serena announcing her retirement, Wawrinka showered praise on the American legend.

Wawrinka lost to Andy Murray in the first round of the Cincinnati Masters. After the match, he was asked about Serena’s retirement. He replied, “I think she’s been amazing for the tennis, for the fans, for everybody who’s involved a little bit in sports in general.”

One of many who will miss @serenawilliams, @stanwawrinka recalled a special memory with his good friend at #CincyTennis:https://t.co/V0G8TCOn2f

Wawrinka and Serena go way back and have known each other for years. Therefore, the three-time grand slam winner was obviously sad when Serena announced her retirement. As per Tennis.com, he said, “I have always been a big fan with many big moments during our career, and it’s going to be of course sad to see her leaving after US Open.”

2015 was a big year for Wawrinka as he won his maiden French Open that year. He beat Djokovic in the final to lift the coveted trophy. In the women’s section, it was Serena who won the clay court grand slam. After winning the tournament, Wawrinka celebrated with a lavish party.

During the interview, Wawrinka recalled how Serena crashed his party and the two ended up having a lot of fun together. Furthermore, he said, “She crashed my party after the win. It was quite fun!”

As far as Wawrinka’s personal game is concerned, the Swiss player has struggled with his form for quite some time now. He even had surgery on his left foot which brought his game further down. He said, “I know I’m going to get there. I need confidence in myself and what I’m doing.”

Despite constantly losing matches, Wawrinka is positive that he can play like his old self. With him out of the Cincinnati Masters, his fans will next see him directly at the US Open now. He will be hoping to come back stronger and make an impact this time.