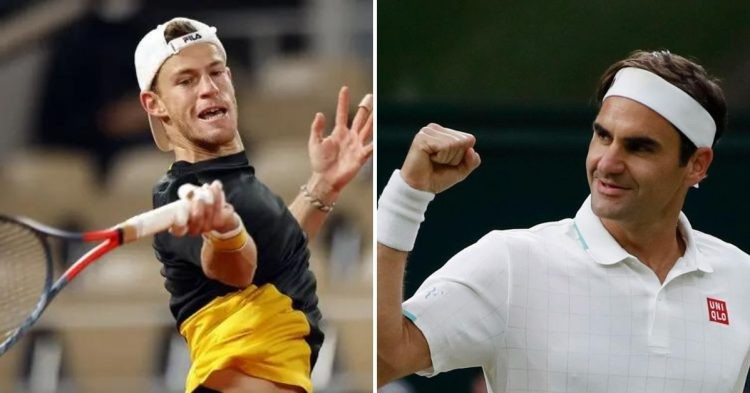 Diego Schwartzman is one of those players who have seen the might of the Big Three. There has been a lot of debate regarding who is the GOAT of tennis among Roger Federer, Rafael Nadal, and Novak Djokovic. Djokovic and Nadal are ahead of Federer in terms of the number of grand slams.

It is most likely that Federer will fail to catch up with them considering he is 40 years old. Moreover, he has not played professionally for over a year now and is very prone to injury. For many people, the GOAT race has essentially become a battle between Nadal and Djokovic.

However, that is not the case with Schwartzman. As per him, Federer is the undisputed GOAT in tennis. As per Schwartzman, grand slam is not the only metric to measure the greatness of a player. Even though Djokovic and Nadal have won more grand slams, neither of them has more global appeal than Federer.

Schwartzman feels that Federer manages to excite tennis fans in a way no other player can. As per ESPN, he said, “For me it’s not just about the Grand Slam titles. I look at many things, including off the court. Roger is the player who generates more enthusiasm to the fans. He is kind with everybody, you can listen him speaking in Spanish, Italian, French.”

Schwartzman went on to praise Federer for managing to train while also being a family man. The 29-year-old Argentine said, “He has four children, yet he trains every day. In the morning he hits with you on the tennis court and In the afternoon he dresses up at an event in the city center. He is flawless everywhere!”

Schwartzman is clear that when it comes to charisma, there is no player greater than Federer and certainly not Djokovic and Nadal. He said, “The others are great in almost everything too, but I feel he has a bit more charisma.”

Federer’s charm has made him one of the most loved players of tennis and there is no player more graceful than him. Both Djokovic and Nadal have a better head-to-head record against Federer but the 20-time grand slam winner transcends beyond mere trophies and statistics.