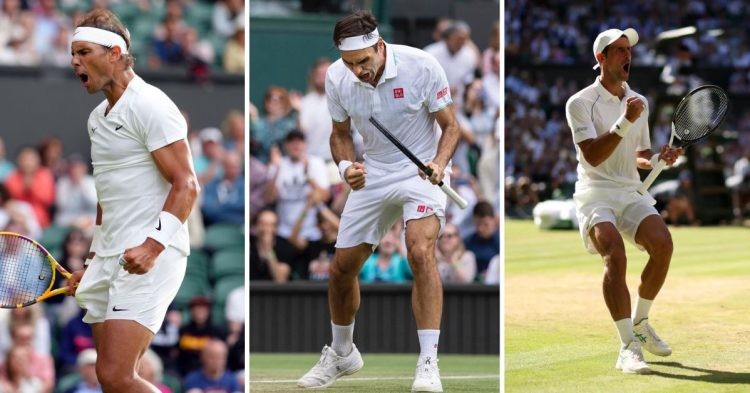 Frances Tiafoe is among those male players who might have won a few grand slams if not for the domination of Djokovic, Nadal and Federer in the past two decades. Even though he is just 24 years old with a long way to go, he still might have to wait for the Big Three to exit before winning some grand slams.

He is currently playing at the Citi Open and was asked about the lack of American players lifting the grand slam in men’s tennis. Tiafoe was quick to correct that it was not just about American players and is more about the domination of the three stalwarts who have been breezing past their opponents for the past many years.

Moreover, he said, “Yeah, again, that question is asked so much. It’s like I dont think it’s a flag issue. I think it’s a Novak, Rafa, Federer issue. You know, I mean, I think they are a big problem for everyone.” Very few players like Wawrinka and Murray have managed to win multiple grand slams in the presence of the Big Three.

With Federer, Nadal and Djokovic getting old and nearing their retirement, tennis might soon witness the rise of new champions. Federer is already forty and is most likely to retire after Wimbledon next year. Nadal and Djokovic have also crossed the 35.

As per Tiafoe, it won’t be long before tennis sees other players winning grand slams. He highlighted how other players have already started making it to the semifinal and final of the tournament. Therefore, it is a matter of time before they lift the title as well.

As per Sportskeeda, he said, “I think we are all playing some great tennis. It’s only a matter of time. I mean, draws are opening up more and more. You know, I mean, I see someone making semi, final, maybe winning one next couple of years. Why not?”

Ahead of the US Open, Tiafoe has already won his first-round match at the Citi Open. If he manages to carry this momentum into the US Open, he might have a shot at the title.