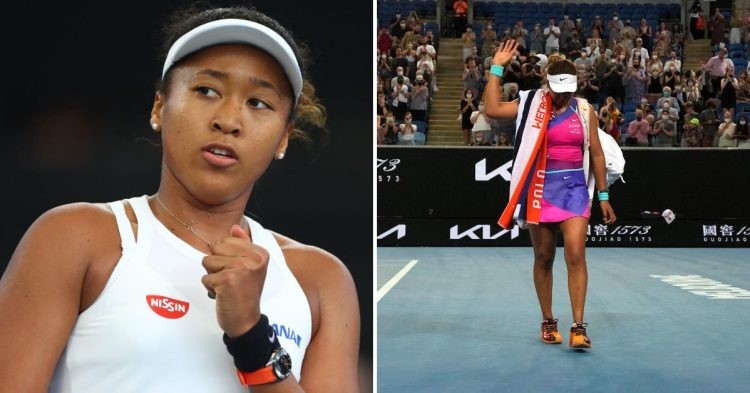 Coco Gauff and Naomi Osaka came face-to-face in the second round of the Silicon Valley Classic and the match lived up to its height. Even though Gauff won the match in straight sets, the second set saw Osaka fighting back and causing some big ups and downs.

After winning the first set 6-4, the momentum was on Gauff’s side. At one point the score read 5-1 in favor of the American star in the second set. However, that is when Osaka started her fightback. She saved four match points from 0-40 to go 5-2.

She then managed to break Gauff’s serve and the score read 5-3. She again fell on her serve 0-40 but fought back to take the score to 5-4. Gauff quickly gathered herself and finished the set in her serve to win the match.

Even after losing the match, Osaka only had positive takeaways from it. As per WTA, she said in the post-match interview, “I feel like the pressure doesn’t beat me. I am the pressure. I’m really happy with that.”

Osaka has been very vocal about her mental health struggles, especially in the past two years. However, she revealed in the interview that she has become mentally stronger over time and is in a happier mental space in life.

Furthermore, she said, “When I was playing the match just now I realized that I’ve been letting people call me mentally weak for so long that I forgot who I was. I realized that that’s something that I do. I lost the match today but I feel really confident in who I am. I feel like the pressure doesn’t beat.”

Osaka went on to praise Gauff for playing so well and called her a star. She said, “She’s very much a star. It’s very clear. She’s very important to the game.” Gauff has been grabbing the headlines for a while now. Considering her form, she has a real shot at the US Open this year. On the other hand, Osaka is coming after a long break and will need some time to get her groove back.