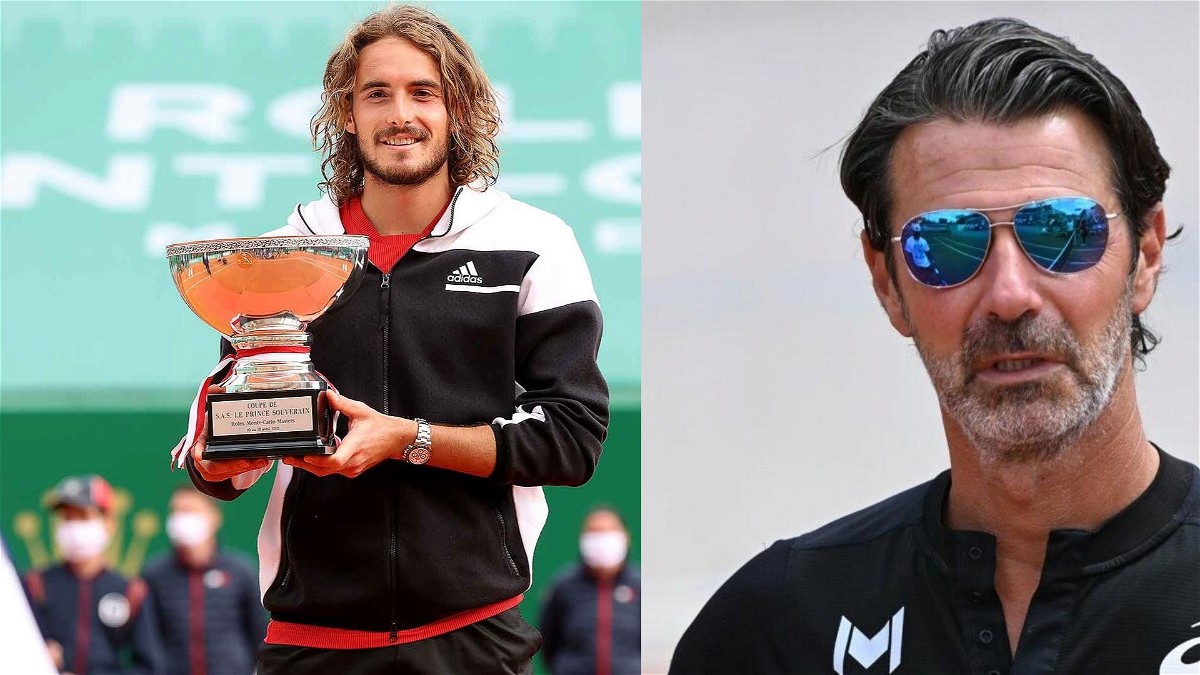 Greek Tennis star Stefanos Tsitsipas successfully defended his Monte Carlo Master title and won the tournament for the second consecutive time after a straight-set win over the unseeded Spaniard Davidovich Fokina. Davidovich was a relentless and in-form opponent who came into the finals after defeating the former world number 1 Novak Djokovic.

However, Fokina could not close down on Tsitsipas and had to lose out in the finals. After the win, there were praises galore for Stefanos Tsitsipas, and among one of those praises was a special message from Patrick Mouratoglou. It clearly seems as if Stefanos is having a great start to the Clay season, especially considering the anticipation of the upcoming Rolland Garros.

Even in the course of the Monte Carlo Masters the current world number 3 was put in a tough spot due to a difficult grouping alongside the likes of Alexander Zverev and Diego Schwartzman. During the quarter-finals, Tsitsipas overcame a 0-4 deficit against the Argentinian Diego Schwartzman in order to win the match in an astonishing manner.

In a tweet made by Patrick Mourataglou wherein he heaped praises on the Green tennis star, the post read,

“I’ve been trusting you blindly since Day 1. And somehow, you keep exceeding my expectations. Well done on a much-deserved second straight Monte-Carlo title”

I’ve been trusting you blindly since Day 1, @steftsitsipas. And somehow, you keep exceeding my expectations.

Well done on a much-deserved second straight Monte-Carlo title – an honor to witness it from courtside ???? pic.twitter.com/YlAKKSMEOi

Tsitsipas has had a strong start to the clay-court season and he remains one of the strong favourites alongside Rafael Nadal and Novak Djokovic, walking into the upcoming French Open 2022.