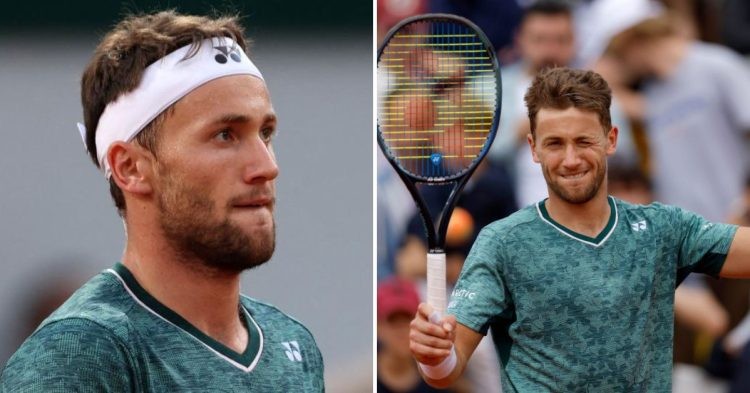 Casper Ruud is one of the names to watch out for in every tournament he plays. He has successfully created a name for himself in tennis at the young age of 23. He has won nine ATP titles so far out of which eight have come in clay court.

Due to the same, he has been labeled as a clay court specialist and that is something he does not like. After his semifinal loss to Hubert Hurkacz at the Canadian Open, Ruud raised objection to the media labeling players as a one-surface player very early in a player’s career.

Casper is Top 5 because he’s consistent in big events across all surfaces, not thanks to ATP 250 tournaments on clay pic.twitter.com/EBeYZUIOVE

Casper Ruud reveals he prefers clay courts over other surfaces

While raising objection to the label of clay court specialist, Ruud was quick to admit that he did prefers clay court over other surfaces. However, he also likes playing on other surfaces and firmly believes that he can win trophies on those surfaces.

Furthermore, he said, “I never looked at myself as a clay court specialist. Even though I prefer to play on the surface, yes, I also like playing on hard courts. I mean, I feel I can do good results. I’ve proven it this year with Miami and this tournament that I’m able to win some matches against good players on hard court as well.”

Ruud had reached the final of Miami this year only to lose to Carlos Alcaraz in the hard court tournament. Ruud had also reached the final of the French Open this year. However, he was humbled by Rafael Nadal in straight sets. Ruud can lift more trophies and he can prove it starting from the US Open.