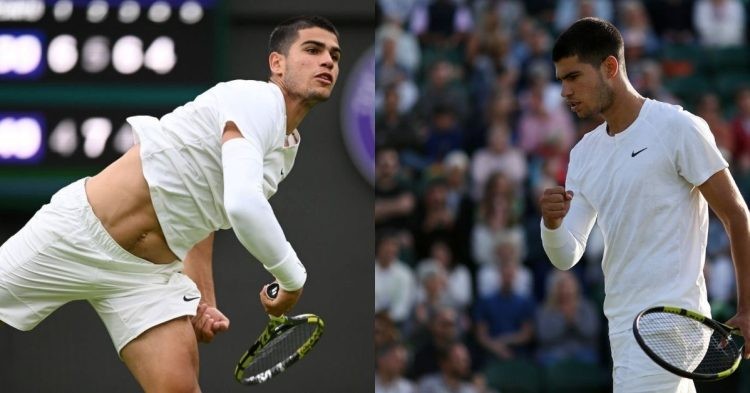 While everyone was busy looking at Carlos Alcaraz, another young player swooped in and made his way to the quarterfinal. 20-year-old Jannik Sinner beat Alcaraz in four sets to set up a clash with Novak Djokovic in the quarterfinal.

Alcaraz went on to predict that he would eventually improve his game on the surface and become a great player of grass in the future. Moreover, the Spaniard said, “Now I’m thinking that I could be a great player on grass. Next year I hope to play some tournaments before Wimbledon to adapt my game to get more used to playing here.”

Alcaraz had a tough time competing against Sinner who was at the top of his game against the 19-year-old. He won the match in four sets and never looked in trouble against Alcaraz. Sinner ultimately won the match 6-1, 6-4, 6-7, 6-3.

Both Alcaraz and Sinner are young tennis prodigies who have the potential to become the next big names in tennis after Federer, Nadal, and Djokovic. Till now, Alcaraz and Sinner have faced each other two times with both winning one match each.

Sinner wins the battle of youth.@janniksin becomes the youngest man to reach the quarter-finals at The Championships since 2014#Wimbledon | #CentreCourt100 pic.twitter.com/ProofLIX6u

Jannik Sinner and Carlos Alcaraz showed on Sunday that men’s tennis will be in good hands when the ‘Big Three’ finally step aside and the young guns hoped their thrilling fourth-round clash at Wimbledon marks the start of a Grand Slam rivalry. https://t.co/CJ5dSgfMTA