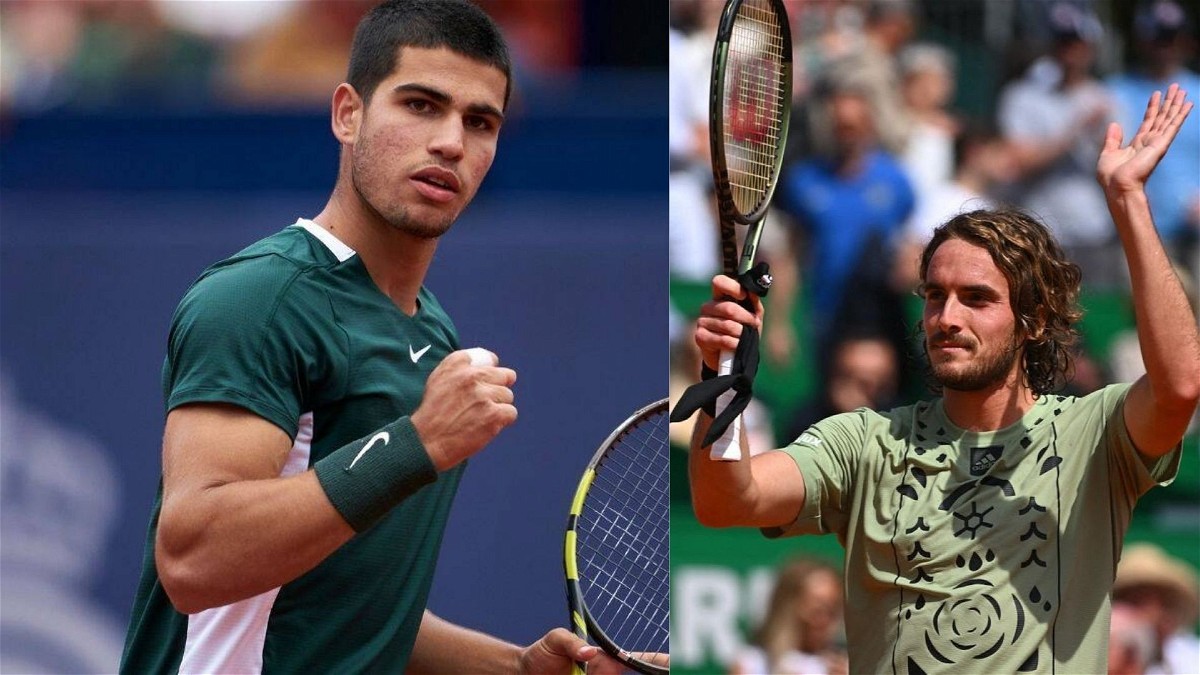 There are a lot of upcoming young tennis stars such as Carlos Alcaraz or Emma Raducanu that are slowly rising from their ranks to the top-most echelons of the tennis fraternity.

Among those youngsters is the Spaniard Carlos Alcaraz. In the ongoing Barcelona Open, he gave a huge humbling to the first seed, Stefanos Tsitsipas by defeating him in the quarter-final by 6-4, 5-7 and 6-2 at the Pista Rafa Nadal tennis court.

Overall, the match was quite interesting due to the varying style and movement patterns between the opponents. One of the first to notice this was former world number 1 Andy Murray who seemed to be impressed with both Stefanos Tsitsipas and Carlos Alcaraz.

He was primarily impressed by the variety of shots they had on offer and also the interesting movment patterns shown by Tsitsipas and Alcaraz throughout the course of the match.

In this context, Andy Murray tweeted,

“Tsitsipas and Alcaraz are brilliant to watch Loads of variety, great movers”

One worthwhile thing to consider here is that Carlos Alcaraz was just fifth seed and he gracefully defeated the current world number 5 and the first seed of the Barcelona Open, Stefanos Tsitsipas.

With the win of Carlos Alcaraz over Stefanos Tsitsipas in the Quarter Finals, he became the youngest player to enter the Top 10 ratings of the ATP ever since Rafael Nadal reached them in 2005.

Alcaraz will also be entering the record books of tennis with this win since he will officially become the 20th teenager to enter the Top 10 ATP rankings.

He will also be the 9th youngest player to break into the Top 10 rankings. Speaking about the head to head statistics between Carlos and Stefanos, Alcaraz has now extended his lead to 3-0 over Tsitsipas.

With the win against Tsitsipas in the quarter-finals, he will now be facing the tenth seed Alex De Minaur in the semi-finals. They will be playing against each other for the first time.