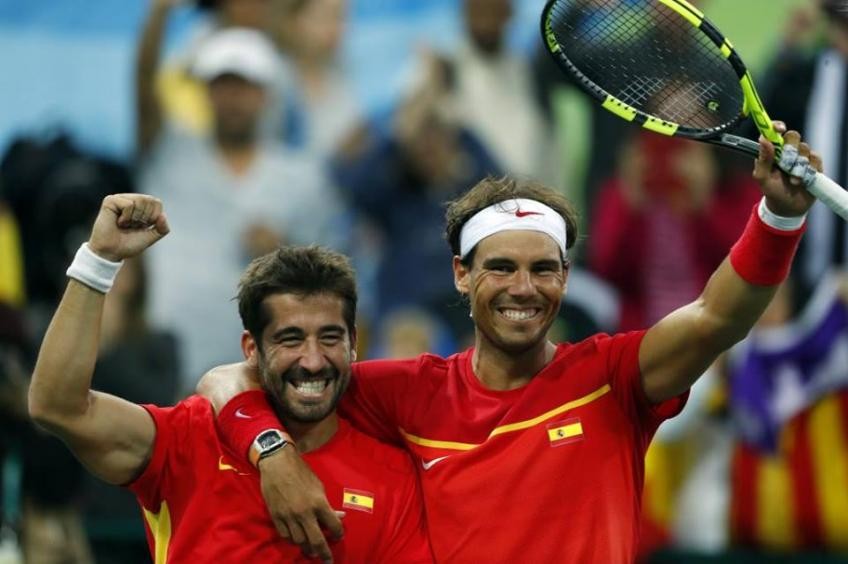 After retiring from professional tennis, Marc Lopez turned towards coaching beginning with the Spaniard Rafael Nadal, a job which he thinks to a ‘dream job.’

The Grand Slam doubles champion shared about the time he was called up and invited by Carlos Moya into the team. Carlos thought Marc Lopez would be a good fit for Nadal ‘s team.

As a new parent, Lopez was not really planning to travel, as a result was skeptic about accepting the job as a coach. But no sooner than later, he decided to take it and told Carlos Moya that it sounded amazing and that he felt very fortunate, thanking the latter for the opportunity.

At the Australian Open 2022, Marc Lopez reflected on his time as coach so far during an interview.

Upon being asked about his retirement, Lopez shared that his plan was to end his journey at home. He has decided to finish with the Barcelona open as his final tournament.

The Spanish Duo, Rafael Nadal and Marc Lopez have won five Men’s doubles match till date. This includes the Olympics event of 2016 held at Rio de Janeiro, where the duo won gold.

“I know Rafa very well. I’ve been watching his matches for many years and I know what he’s thinking when he plays. I feel obliged to tell him things because I want the best for him”- Marc Lopez stated about coaching Rafael Nadal.

Speaking about his view of being a coach- “I love watching and analyzing opponents above all if I’m unfamiliar with them.” He also has experience for years now and know most of the players. Marc Lopez added- “Rafa focusses on himself, on working on his strengths. If he does things well, I’m not so worried about what the opponent does.”

Joining the team of Carlos Moya and Francis Roig, Lopez spoke about him fitting into Nadal ‘s coaching team. He shared that he loves it and that it is his dream job at the moment. He is also delighted to learn and help everything he can, as he is new to this job.

Remembering his favourite memory, Marc said that his experience was very good off court as much as it was on court. “I slept in a room with Rafa with two small beds. We even put a little table in the middle with an iPad to watch something before bed every night. It was really amazing, two intense weeks that ended perfectly with that gold medal,” Lopez added.

Rafael Nadal advances to Quarter-finals in the Australian Open 2022

Rafael Nadal sailed past Adrian Mannarino of Italy in the fourth round of the Australian Open to advance to the Quarter-finals of the tournament. The match played at the Rod Laver arena ended with the scores 7-6, 6-2 and 6-2 with Rafael thrashing Adrian in straight sets.

The Spaniard Nadal is scheduled to meet Denis Shapovalov of Canada in the quarter-final of the Grand slam tournament, that is to take place on 25th January.