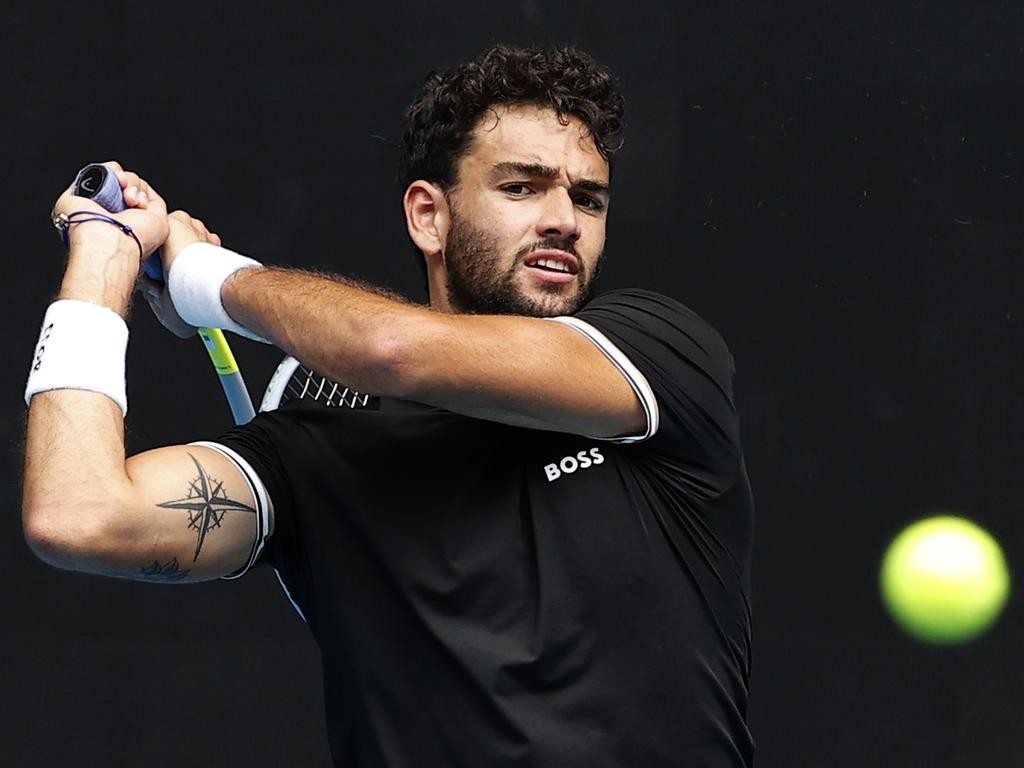 Matteo Berrettini in action at the Australian Open 2022

Being the current World No.6, Matteo Berrettini has been one of the major contenders for tennis titles in the recent past. His performance appears to be improving day by day and the latest evidence is his journey of the Australian Open 2022, where he exited in the semifinals at the hands Rafael Nadal.

Matteo Berrettini shares his opinion on the Big Three

During an interview with the Italian newspaper Repubblica, Matteo gave a statement as to how Rafael Nadal, Novak Djokovic and Roger Federer are popular among the spectators.

“They will not destroy us in the media forever, it is a passage but it will pass. It also happened with Nadal, I remember the public at the time of him cheering for Sampras and Agassi and not for the new champions who have now become legend. Rafa used to say ‘look at this, play with the capri shorts’, ” – the 25 year old Italian athlete stated in the interview.

Having Roger Federer as his idol, Matteo Berrettini spoke about the time when he would cheer for the tennis giants as well. He said- “I too in the stands in their place would cheer for Roger Federer, Novak Djokovic and Rafael Nadal, cheering for them means staying attached to their memories and a part of their heart, it’s romantic.”

Berrettini is not unbiased when it comes to Nadal, Djokovic and Federer

When the interviewer of the Italian newspaper asked who did Matteo think was stronger among Novak and Rafael, the Italian athlete responded- ” I swear, there is no answer. After all, I have lost many times against both of them.” The World No.6 has lost to the two of them in the last 4 Grand Slam tourneys.

Giving an unbiased opinion as to who was the GOAT among the Big Three, Matteo Berrettini provided a very clever answer. “Nadal is a southpaw and takes you wherever he wants, giving you the impression of letting you play more and in the end he beats you. Djokovic just deactivates you, he’s a great counter-attacker. The two of them, along with Federer, are the greatest tennis players of all time, sublime athletes” – Matteo stated.

Berrettini said those were the reasons enough to get the feeling of playing against any one of the three tennis champs.

All You Need to Know About “Blood Diamond” AKA Mike Mathetha : First Zimbabwean UFC Fighter