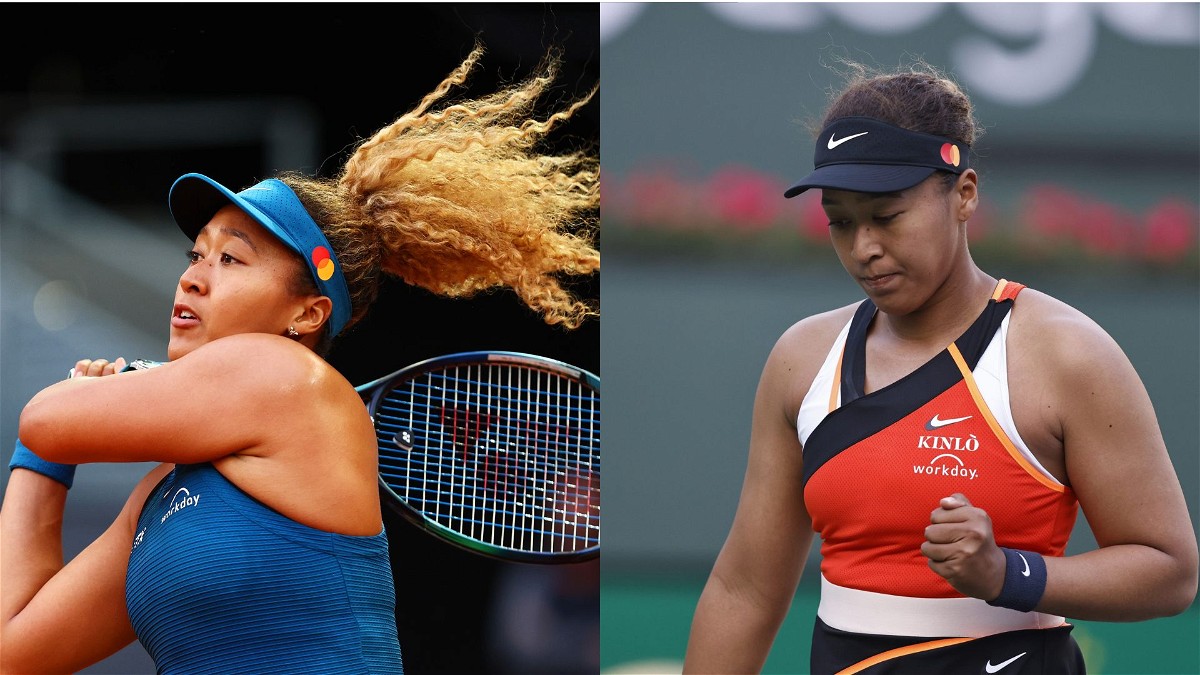 Naomi Osaka was looking to retain her Miami Open 2022 form in the ongoing Madrid Open tournament. But the Japanese champion’s journey at the clay-court event was cut short by Sara Sorribes Tormo of Spain in the second round.

Sara Tormo defeated Osaka in two straight sets by6-3 and 6-1 at the ATP 1000 tournament. However, the former World No.1’s injury too contributed to her early exit. In the first round of the Madrid Open, Naomi outplayed the Russian player Anastasia Potapova in a two-setter game by 6-3 and 6-1. After her second-round defeat, the Japanese champion spoke about her leg injury that played a role in her loss.

In the post-match press conference, Osaka explained the injury she suffered while playing at the ATP 1000 tournament. Answering the question about the leg-tape she wore in the match against Tormo, Naomi said- “I felt something in my Achilles after my last match, and like I wasn’t really able to hit yesterday because I wanted it to go away. Honestly, I probably should have been a bit smarter about the whole way that I went through everything. I felt it again today.”

Naomi further said that the injury was a ‘gradual thing’ and she noticed it only while walking off the court as she started limping after her previous match. The injury got worse as she exercised and it eventually affected her in the second round.

Osaka doesn’t seem to think the issue will be a problem in the long-term. “I have had it before, like maybe two years ago I think after Miami or something. But I can’t imagine that it will be a huge problem unless something significant happens, but I think for right now, just like learning how to move forward with like everything.”

You’re always so inspiring, whatever the score ????

In the match against Sara, whom she has played against on clay-court before, Naomi Osaka feels she was limited and couldn’t play the way she wanted to.

When asked about her plans for the Italian Open event and what she’d do with her injury, the Japanese athlete disclosed her plans. Naomi stated- “I want to like work out and go to the gym and stuff, but if it’s not the best idea — I don’t even really know what I did to my Achilles, so I’m probably going to get an ultrasound and see what happened, and then me and my team will kind of move forward from there.”

In addition, Osaka was asked about her backhand volley and her practice with the same. As a response to this, the former World No.1 revealed her Wimbledon plans as well. “I have been like really trying to focus on my net game, because I’m going to play mixed doubles in Wimbledon,” Naomi shared.

Meanwhile, Sara Tormo is set to play against Daria Kasatkina of Russia in the third round of the Madrid Open event.