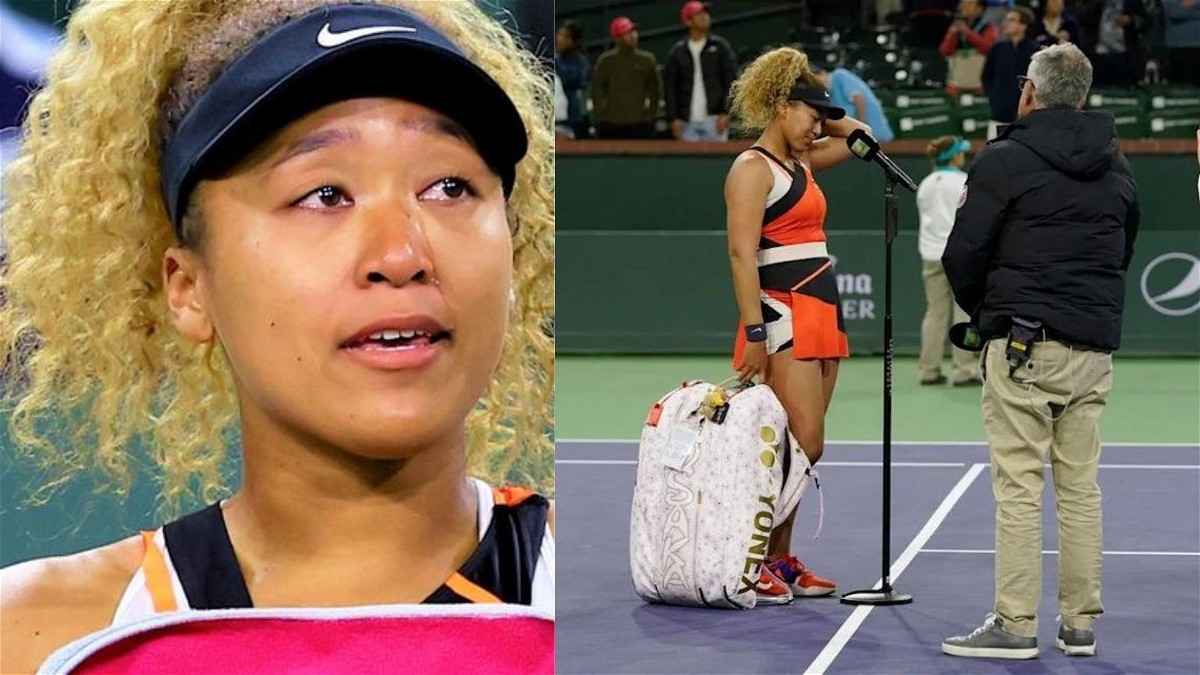 Naomi Osaka has had a difficult 2021 and a worse start to the 2022 season. The Japanese tennis star had been out of play for the majority of the 2021 season owing to her mental health issues.

She also suffered a shock exit from the Australian Open and the other subsequent minor ATP events. The fans were expecting a much better performance from the former world number 1 in the BNP Paribas Masters in the Indian Wells.

However, all the aspirations and hopes of the fans were thrown away after Naomi Osaka suffered a second-round defeat to the Russian, Veronika Kudermetova at the Indian Wells.

During the course of the match wherein she lost, Naomi was jeered and booed in the initial stages of the match which led to a massive hit in her confidence. She eventually went on to lose the match in a 6-0, 6-4 to the current World Number 24.

Naomi Osaka is clearly going through a hard time, especially with regards to her mental health and her in-game form. In course of these events, she is under massive pressure to perform on the court as well. During the BNP Paribas Masters in the Indian Wells, a spectator shouted “Naomi you suck”, which clearly affected Naomi enough to make her cry on the court.

Her performance was significantly affected after that incident which eventually made her lose. However, Osaka kept her spirits high and stayed on the court and gave an interview. She said,

“I just wanted to say thank you, I feel like I cry enough on camera.”

“To be honest, I’ve been heckled before, it doesn’t really bother me, but being heckled here, I watched a video of Venus and Serena getting heckled here, if you’ve never watched it you should watch it and I don’t know why, but it got into my head and it got replayed a lot.”

Naomi Osaka’s opponent for the match commended her behaviour and said that she is a good sportsperson and a good person overall. Veronika Kudermetova also commended the efforts made by Naomi throughout the match.