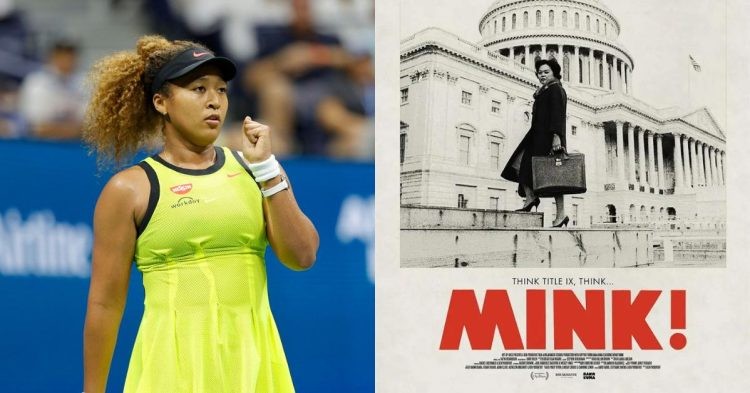 Japanese tennis star Naomi Osaka is seen less on the court nowadays. She is currently recovering from an Achilles injury and will miss the upcoming Wimbledon. In the middle of all this, she has decided to step into the world of media production.

Honored to work with Oscar winning director @bgproudfoot for Hana Kuma’s first project. Patsy’s story resonates as a Japanese woman of color growing up in the US while advocating for change. She leveled the playing field for women athletes to be the legends they are today. #MINK! pic.twitter.com/kfT5YHUYUR

The first project of Hana Kuma is titled ‘MINK!’. It is a New York Times documentary on the life of Patsy Mink. Mink was the first-ever person of color to get elected to the US Congress. The documentary has Oscar-winning director Ben Proudfoot wearing the director’s hat.

Ben won an Oscar in 2022 for the documentary ‘The Queen of Basketball’ under Best Documentary Short Subject. Osaka announced the project through Twitter and said, “Honored to work with Oscar-winning director
@bgproudfoot for Hana Kuma’s first project.”

When Osaka announced Hana Kuma, she revealed how the company will aim to represent different cultures but still bring forward universal stories. Furthermore, she said, “We’ll bring stories to life with this goal: to make unique perspectives feel universal and inspire people along the way.”

Staying true to her words, MINK! seems like the exact project that she was looking to produce. She revealed through Twitter why she decided to go forward with this documentary. Osaka tweeted, “Patsy’s story resonates as a Japanese woman of color growing up in the US while advocating for change.”

As per Osaka, Mink played a big role in fighting for women’s rights and helped the female athletes who have become legends today. Moreover, she said, “She leveled the playing field for women athletes to be the legends they are today.”