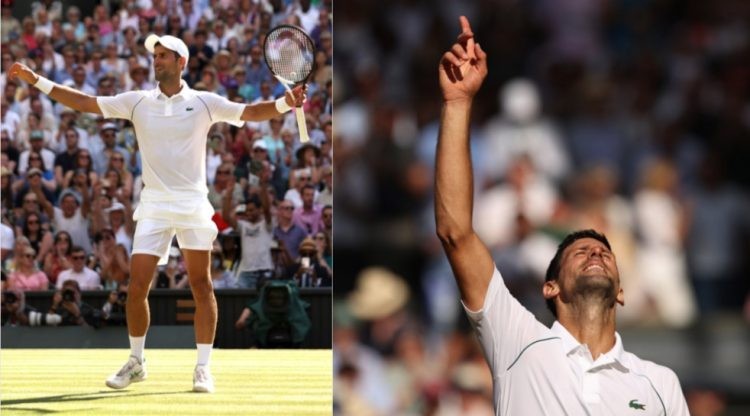 Winning the men’s singles Wimbledon title for a fourth consecutive time, the Serb moves past Roger Federer to have 21 Grand Slam titles to his name.

The world no.1 said, “We definitely have a better relationship than what it was probably prior to January this year. But when it was really tough for me in Australia, he was one of the very few players that came out publicly and supported me and stood by me. That’s something I truly appreciate. So I respect him for that a lot.” 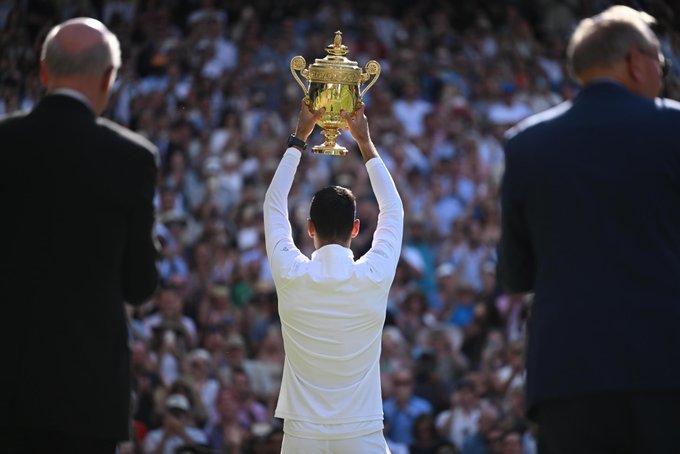 Winning four back to back Wimbledon Open titles, Novak Djokovic cemented his spot as the world number one. Impressed with Novak, Nick Kyrgios said, “He’s a bit of a God, I’m not going to lie.”

The win at the Centre Court means a lot to Novak Djokovic because this is his last grand slam of the year. He will not participate in the 2022 US Open due to being unvaccinated.

Centre Court rises again for one of its great champions

Due to this vaccine mandate of the United States of America, Nole might miss out on the American Grand Slam. Center for Disease Control (CDC), regulations require non-U.S. citizens to be fully vaccinated to travel to the United States by plane.