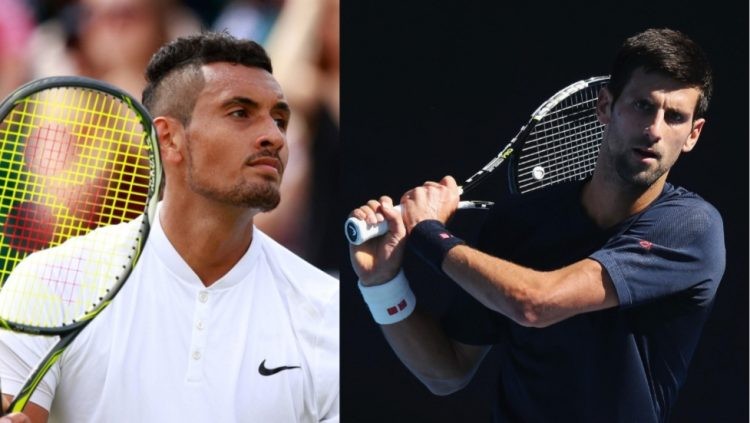 At the 2022 Wimbledon Open, Novak Djokovic triumphed over Aussie tennis player, Nick Kyrgios to win the singles title. Nole defeated Nick 4-6, 6-3, 6-4, 7-6(3) to win his 7th Wimbledon Open title. The win prompted him in drawing level with Pete Sampras’s mark of seven titles at the All England Club.

With this win Djokovic also moves closer to the men’s record of eight titles held by Roger Federer. He is now one Slam ahead of Federer in the all-time race and just one behind Rafael Nadal’s record of 22 Grand Slam titles. The Serb is just the 4th man in the Open era to win four successive Wimbledon titles after Bjorn Borg, Sampras and Federer.

Before the final at the All England Club, the duo of Novak Djokovic and Nick Kyrgios has always been cold to each other. However when it mattered the most i.e., during the Serb’s Australian visa debacle, Nick stood by him. The duo have termed their friendship as a bromance.

Recently Novak Djokovic posted a Capoeira training video on his Instagram. The Aussie in awe of his training said, “If you’re telling me this is what it takes to win a slam, then I’m in trouble.”

Impressed with Novak’s singles title win at Wimbledon Open, Kyrgios said, “He’s a bit of a God, I’m not going to lie.”

Nick Kyrgios is having a good 2022 season. He went onto play in the final at the Wimbledon Open. He also won the 2022 Australian Open doubles title with Thanasi Kokkinakis.

As a pair on the ATP circuit they hadn’t ever advanced beyond the quarter-final stage. They only gained entry into the Australian Open doubles draw as wildcards. However, on their way to victory they knocked out the 1st, 3rd, 6th and 15th seeded teams. They claimed the huge scalps as they moved ahead in their Australia Open journey.

In the recently concluded Atlanta Open, the duo of Nick and Thanasi again partnered up to win the doubles title. They defeated John Peer and Jason Kubler 7-6 (7-4), 7-5 to win the title.

After the win Nick said, “Obviously, Atlanta is a special place. Won the singles title here [in 2016] and now the doubles. Me and Kokky were pretty resilient and obviously no singles this week, but confidence is at an all-time high in doubles.”

The Special K’s hit 15 aces and saved all four break points to lift the ATP 250 tournament title. The Aussie duo’s record for the 2022 season now stands at 13 wins from 15 matches.