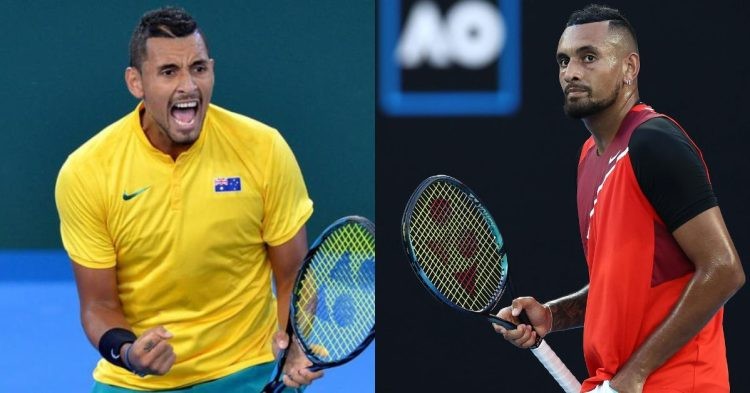 Nick Kyrgios has become the talk of the town ever since he played his first Wimbledon as well as grand slam final. While he was always considered a great tennis player, no one expected him to make it to the finals. People have suddenly started showing interest in him and he is gaining new fans after Wimbledon.

Kyrgios has an interesting family with a rich ethnic background. His father George is of Greek origin. As per Mamamia, his mother Norlaila was born and bought up in Malaysia. What is interesting to note is that Kyrgios has a royal lineage in his mother’s side.

Norlaila is a member of the Selangor royal family. In fact, she held the title princess of the Pahang state or Tengku of Pahang. However, she left the royal family along with the title when she moved out of Malaysia. Kyrgios doesn’t come from an ordinary family. He has royal blood in him and that probably explains his brash behavior on the court.

Yes, Nick Kyrgios is from Australia. He represents Australia whenever he plays in the Davis Cup or the Olympics. While his parents originally hail from two different parts of the world, they eventually found each other in Australia and settled down in the island country.

Kyrgios was born in Canberra and has two siblings. He is the middle child but his on-court tantrums give an impression that he is the youngest and the most spoilt child. Nick’s father George survived in Australia as a self-employed house painter.

On the other hand, when Norlaila left Malaysia after dropping her royal title, she came straight to Australia. She came in her 20s and became a computer engineer. While Kyrgios is a proud Australian, he has often complained about the racism he has faced in the country at multiple stages of his life.