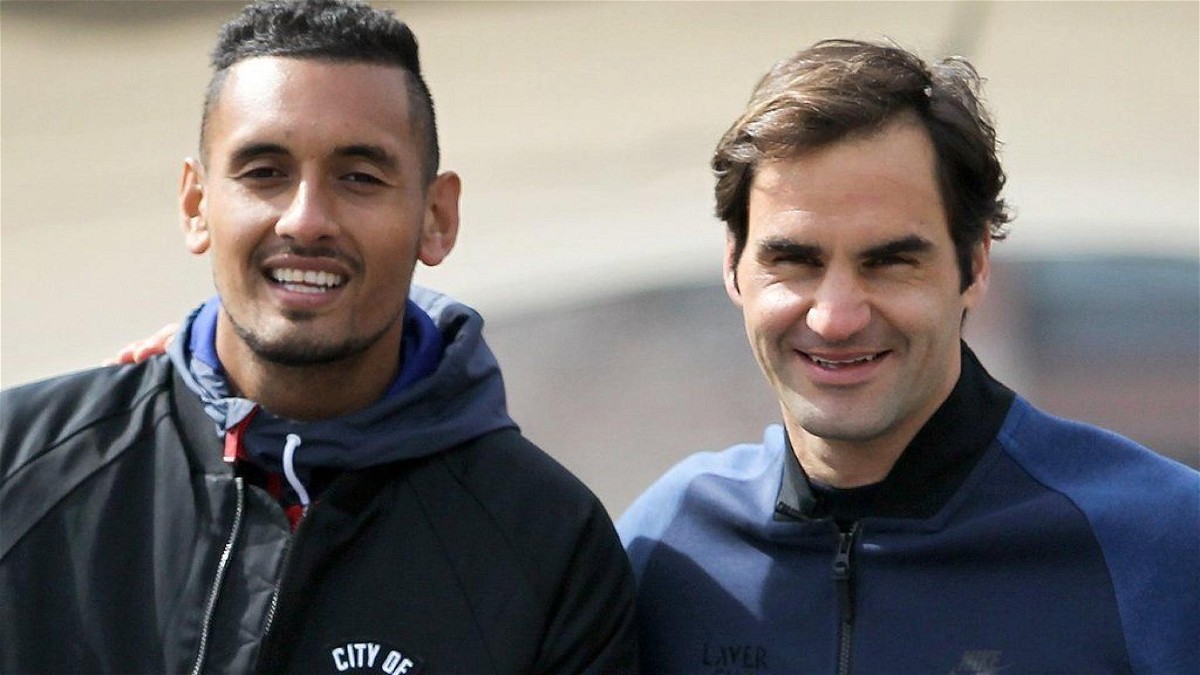 Nick Kyrgios has one of the most eccentric behaviours on the court. He has his moment for which the audiences love and hate him. A lot of the audience feel that his childish and amateurish behaviour insults the great sport and his opponents.

Whereas the other side of the audience who love him claim him to be one of the greatest entertainers on the court and a good sportsperson as well. He has had a good start to the 2022 professional tennis season as he won the men doubles title in the Australian Open 2022 after crashing out from the singles category after losing out to the upcoming Russian tennis star Daniil Medvedev.

Recently the Australian did an Ask me Anything or an AmA session up on Instagram. He was asked a lot of exciting questions about his personal life and moments about his professional tennis journey. One particular question was asked about the most difficult opponent Nick has ever faced.

He answered it with the name of one of the greats of the sport, Roger Federer. Federer has won 20 grand slam titles, which is only one less than the newly set record of 21 grand slam titles by Rafael Nadal and is drawn with Novak Djokovic on 20.

Nick Kyrgios vs Roger Federer: Head to head and other statistics

There is no doubt that a lot of new and young players consider Roger Federer as their idol and someone they look up to in the field of tennis.

However, in his context, Nick has several times agreed that he does not want to be like Roger Federer and wants to cast his name in this sport. He said,

“It took a long time to look me in the mirror and thought, ‘I don’t really care if I win a Grand Slam. I don’t want to be like Roger Federer’.

“I don’t care how I’m perceived because the people around me know I’m a caring person. I’m always myself. I’m confident and I try and help people.