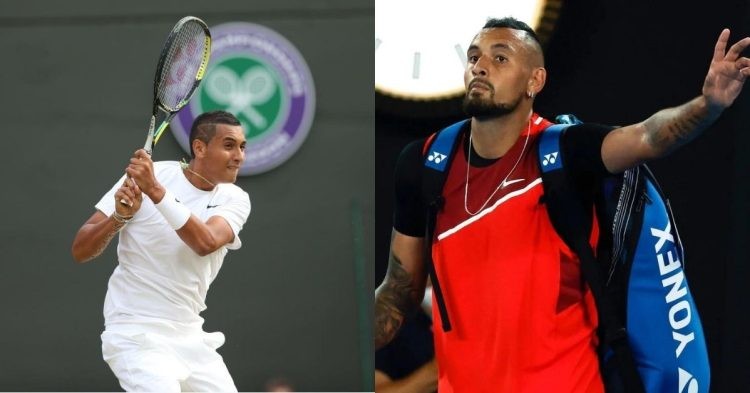 Nick Kyrgios has had the best season so far as he made it to the final of Wimbledon. While he lost the final to Novak Djokovic, he played phenomenal tennis in the tournament. It is fair to say that his journey to the Wimbledon final was nothing short of incredible.

As per Metro News, Netflix will cover his Wimbledon journey in the form of a documentary. Interestingly, Wimbledon winner Djokovic will also release a documentary in the coming months covering the entire season. What makes his journey even more interesting are the various controversies that happened throughout the tournament. Kyrgios was fined on three separate occasions at multiple stages of the tournament.

Much of the programme will focus on the 27-year-old’s final defeat against Novak Djokovic and he is set to earn millions as a result. https://t.co/RbKgTUYxgb

The last fine came in the finals when he hurled abuses and asked the chair umpire to remove a spectator for disturbing him in between serves. Kyrgios went a little overboard and his abuses were even heard on live television.

As per the reports, the deal between Netflix and Kyrgios is worth millions. The Aussie will earn a fortune from this documentary. It will be made similar to Formula One’s Drive to Survive and the football’s Sunderland Till I Die.

During Wimbledon, the camera crew was given access to all aspects of his life. Fans will get to see what goes inside the mind of Kyrgios before and after matches. People might also see his take on the various controversies that happened during the course of the tournament.

Moreover, fans will get to see a sneak peek into his personal life as well. His girlfriend Costeen Hatzi was also with him and supported him from the stands. Fans of Kyrgios will be eager to see what the documentary has to offer in that regard as well.