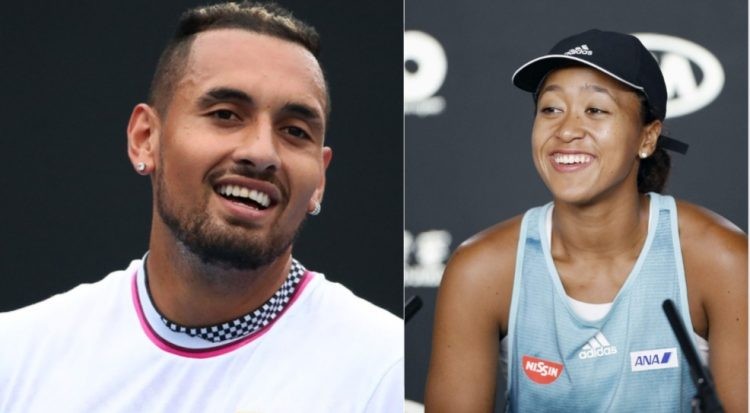 Former world no.1, Naomi Osaka moved away from talent agency, IMG to launch her own sports agency, EVOLVE. Her long time agent Stuart Duguid also left IMG to start up the new agency with the Japanese tennis star.

Osaka’s contract with IMG expired at the end of last year, and talks of renewing the deal were unfruitful. According to her interview with Sportico, Osaka said, “Evolve is the natural next step in my journey as both an athlete and businesswoman”. Naomi is following in the footsteps of Roger Federer. The Swiss split from IMG to start his own agency with his agent Tony Godsick back in 2013. The Swiss legend launched Team8 when he was 32 years old whereas Osaka is just 24.

EVOLVE is an agency which is focusing on investing, brand partnerships, philanthropy and creating businesses by athletes.

Nick Kyrgios on 20th June, 2022 became the first athlete to join Naomi Osaka’s sports agency, EVOLVE. In a statement Nick said, “When I learned that Stuart and Naomi were starting an agency focused on supporting athletes like me, it made complete sense to join.”

He added, “I have consistently tried to do things differently throughout my career and bring my entire personality to the game of tennis. I’m excited to work with Stuart and Naomi and continue building on what we’ve started and push the game of tennis forward.”

Nick and Naomi has always shared a good friendship with each other. They were seen practicing together before the 2022 Indian Wells. Previously, this year Osaka has expressed her admiration for Kyrgios.

Osaka said Kyrgios embodies the type of athlete EVOLVE wants to represent. Osaka said while praising the Aussie’s “unmatched style, passion, and personality that is unlike any other in the sport”.

Kyrgios and Osaka share a fantastic friendship between them. The Australian who is a great doubles players had expressed his wish to play mixed doubles with Osaka at the beginning of the year.

EVOLVE’s co-founder, Stuart Duguid added, “EVOLVE is a unique place for a small number of generational athletes who can transcend their sport and influence broader culture — Nick is most definitely in that category.”

He continued, “Love or hate him, you definitely can’t keep your eyes off him. If you go to any junior tennis tournament, you will see Nick’s influence. For Gen Z and younger, he is absolutely the icon.”