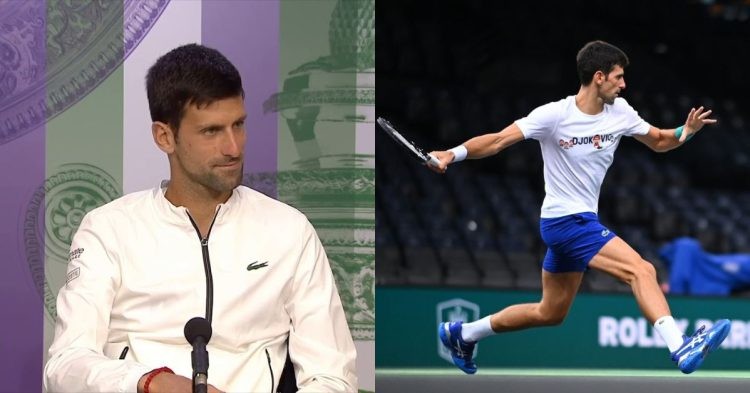 However, many countries like the US have banned foreigners who have not taken the Covid vaccine. If that is the case, then Djokovic might miss out on the US Open this year. Interestingly, he couldn’t compete in the Australian Open this year for the same reason.

During the pre-tournament press conference, Djokovic opened up on how the Wimbledon could be his last grand slam of 2022. Moreover, he said, “As of today, I am not allowed to enter the States under these circumstances. That is an extra motivation to do well here. Hopefully, I can have a very good tournament.”

The 20-time grand slam winner is using the adverse situation as fuel for the upcoming grand slam. After a disappointing French Open, Djokovic will try to make up for it in Wimbledon. If the Serbian wins the tournament, it will be his seventh Wimbledon title.

There is still a lot of time before the US Open. Djokovic has the time to take the vaccine and go to the US Open. However, he made it very clear during the press conference that he will not be taking that path.

The reporter had asked during the press conference, “You do still have time to get vaccinated before new york to make it in time for the u.s deadlines if you want to play that tournament. Is that something you’ve completely closed your mind to as an option going forward?” To this, Djokovic simply replied, “Yes.”

The former world number one knows he can do nothing about the US Open until the US government amends its rule. He said, “There is not much I can do anymore. It’s really up to the USA government to make a decision whether or not they allow unvaccinated people to go into the country.”