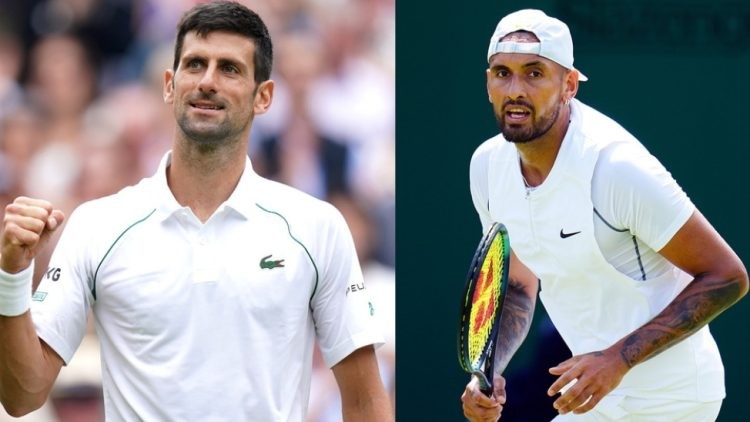 Before the this year’s Wimbledon Open final, the duo of Djokovic and Kyrgios decided that the winner of the competition will buy dinner for the other. After the winning at the post match interview Nole said, “Hopefully this is the start of a wonderful relationship between the two of us off the court. Let’s start with dinner and drinks and then we will see.”

However the plans for dinner were not fulfilled by Novak Djokovic. The Aussie reminded Nole of the same under his Instagram post. He wrote, “Where is my dinner!!!!!!”

The Serb replied, “sorry mate. I called all the restaurants on London on Sunday night and there was no tables available. Dinner is on me in NYC.”

The 2022 Wimbledon Open final was the first time the duo has played each other on tour since 2017. The Aussie once said that Djokovic has a “sick obsession” with being liked. Kyrgios also said that Nole’s post-match celebration was “cringe worthy”.

After Nick’s barrage of hurtful comments Djokovic said that he “doesn’t have much respect” for Nick off the court.

The world no.1 said, “We definitely have a better relationship than what it was probably prior to January this year. But when it was really tough for me in Australia, he was one of the very few players that came out publicly and supported me and stood by me. That’s something I truly appreciate. So I respect him for that a lot.”

The Novak Djokovic Australia Open visa debacle brought the two closer. However, Nole has said that their relationship cannot be termed as a bromance. But they are getting there. He said, “I don’t know if I can call it a bromance yet, but we have a better relationship than what it was probably prior to January this year”.