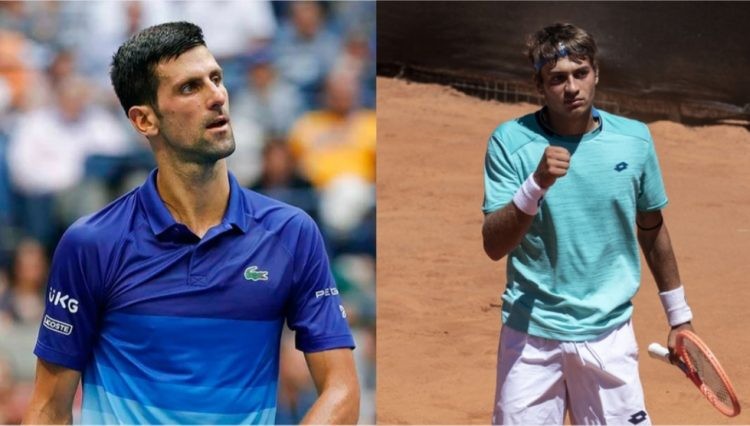 Italian tennis player, Flavio Cobolli believes that denying Novak Djokovic from participating in the 2022 US Open will hamper tennis. If Nole does not participate or is unable to participate in the American Grand Slam then he will go down in the rankings. He will move below the top 20s in the ATP rankings.

Cobolli gave his opinion on Novak Djokovic missing the 2022 US Open. He said, “Seeing the strongest player ever being out of the top 20 at the end of the year is not good for tennis and will certainly weigh on us all. It’s right to let him play in America because it’s also thanks to him that tournaments are more beautiful.”

Flavio Cobolli about Djokovic: "Seeing the strongest player ever being out of the top 20 at the end of the year is not good for tennis and will certainly weigh on us all. It's right to let him play in America because it's also thanks to him that tournaments are more beautiful" pic.twitter.com/65iZdmMvpm

The Serb has expressed his desire to play in the US Open. However, if he is not allowed to enter the country due to being unvaccinated, then he will avoid playing.

Previously, Nole has claimed he is not anti-vaccination. However, he will skip Grand Slams than force himself to get a Covid jab. Djokovic said he did not want to be associated with the anti-vax movement, but supported an individual’s right to choose.

💪🏻 Novak Djokovic:
“I understand that being unvaccinated today, I’m unable to travel to most of the tournaments… that is the price I’m willing to pay.
The principles of decision making on my body are more important than any title, or anything else.”https://t.co/Jbm5hkWH9g pic.twitter.com/ZdNGSxS3Bd

He said, “I was never against vaccination. But I’ve always supported the freedom to choose what you put in your body. The principles of decision making on my body are more important than any title or anything else. I’m trying to be in tune with my body as much as I possibly can.”

Novak Djokovic’s participation in 2022 US Open in jeopardy

In January 2022, Novak Djokovic got his visa cancelled by the Australian government shortly after he had arrived in Melbourne. He fought deportation and the cancellation of his visa in the Federal Circuit and Family Court of Australia. The cancellation of the visa was due to him being unvaccinated.

“I am opposed to vaccination”

Despite initially being in the draw at the BNP Paribas Open, and publicly stating his desire to play, Novak Djokovic did not compete there or at the Miami Open. Center for Disease Control (CDC), regulations require non-U.S. citizens to be fully vaccinated to travel to the United States by plane.

Television analyst, Clay Travis supports the Serb and has lashed out at the US Open organisers. Travis said, “It’s a joke. So, I think this will end up getting resolved and Djokovic will play. And by the way, I still say he, Kyrie Irving, Aaron Rodgers, athletes who were brave enough to be frank about their lack of COVID vaccination status are going to continue to look smarter and smarter in the months and years ahead.”

Fans around the world are awaiting official statement on Novak Djokovic’s participation in the American Grand Slam.