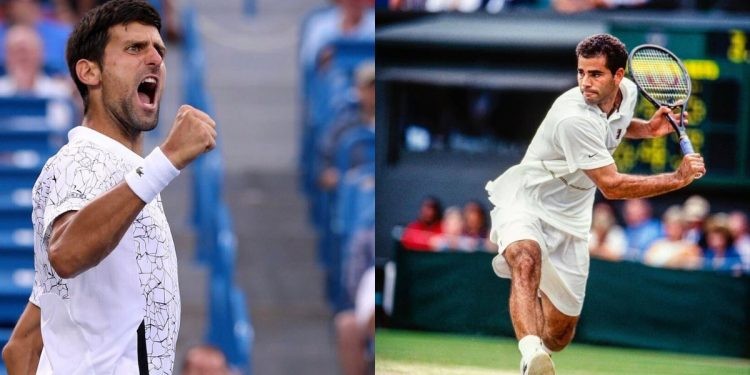 Just like every year, Novak Djokovic is the favorite to win the Wimbledon this year as well. The oldest grand slam is also the second-most successful one for the Serbian star after the Australian Open. Djokovic has won the tournament six times and is only two shy of equalling the record of Roger Federer.

With Wimbledon less than a week away, the 20-time grand slam winner has reached London for the tournament. He has not been in his best form but grass courts have always been his strong side. He recently shared a photo of him practicing at the All England Club and it looks like he is all set to compete at The Championships.

Novak Djokovic returns to court for the Hurlingham exhibition

Djokovic did not play any ATP tournaments held during the grass season before the Wimbledon. With less than a week before The Championships, Djokovic returned to court for the Hurlingham exhibition. It will be his only warm-up tournament before playing at the All England Club.

Djokovic faced world number nine Felix Auger-Aliassime and completely outplayed him. He won the match in straight sets as the score read 6-2, 6-1. The Serbian looked in sublime form and this could be a warning bell for all his opponents.

Djokovic has won the last three Wimbledons. Ever since Federer’s continuous struggle with injuries, Djokovic has dominated the grass grand slam. He would be looking forward to adding his fourth Wimbledon title in a row.

Djokovic is also aiming for another milestone in this year’s Wimbledon. If he manages to win the grand slam, it will be his seventh Wimbledon title which will tie him with grasscourt legend Pete Sampras. Sampras has won the grand slam at the All England Club seven times, winning his last one in 2000.