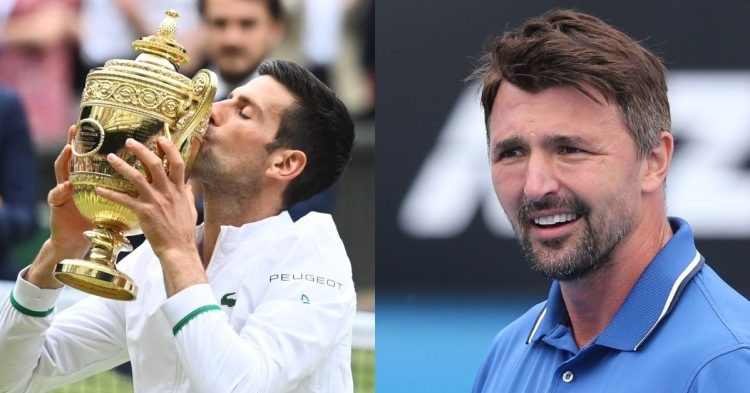 Goran Ivanisevic has been working with Novak Djokovic as his coach for quite some time now. In a recent interview, he talked about Djokovic and gave some interesting details on the Serbian’s future plans in tennis. As per World Today News, Ivanisevic revealed how Djokovic is aiming to finish with 30 grand slams by the time he nears his retirement.

Moreover, he will try to achieve this feat in the next five years. As per Ivanisevic, Djokovic is determined and focused to realize this dream. He further said, “He repeated every time his desire to reach 30 Grand Slams, that’s what Djokovic wants. He will play the next five years and he will have a chance to get that milestone.”

Djokovic currently has 21 grand slams and is only one behind Rafael Nadal in the race for most grand slams. His other rival Roger Federer has already touched 40 and is behind Djokovic and Nadal at 20 grand slams. As per Djokovic’s plan, he will have to win nine more grand slams in the next five years.

Furthermore, he said, “Even before I became Nole’s coach, I said that, together with Nadal, they would end up winning more than Federer. If they are healthy, they have no limits. I think they will continue to win.” Sure enough, Ivanisevic’s prediction turned out to be right. It is now safe to say that the race is between Nadal and Djokovic as Federer is unlikely to win another grand slam.