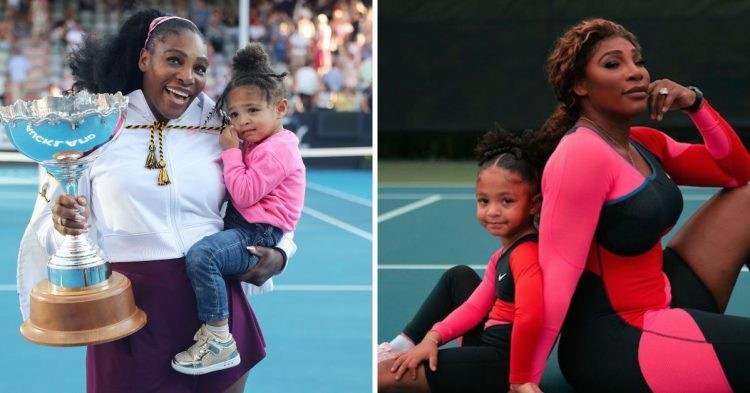 Serena Williams started her campaign at the Canadian Open with a first-round win over Nuria Parrizas-Diaz. She won the match in straight sets with a score of 6-3, 6-4. The match was special for Serena for another reason as her daughter Olympia attended her match live for the first time.

The 23-time grand slam winner didn’t expect her daughter to watch her live at the Canadian Open. As per Sportskeeda, she said, “You know, she’s never like sat in my match. So I was super excited. So it’s kind of cool that it happened in Toronto, but I didn’t expect it.”

In fact, Serena had to remind herself to not take any pressure and enjoy the match. She said, “I was like, ‘Okay Serena, just let go and enjoy this’. It was good for her to have that memory. I mean, it’s pretty cool. And she’s never had it because I’ve always kept her away.”

She would be glad that she won the match when her daughter came to watch her live for the first time. It will be a special moment for Serena to see Olympia in the stands after the win.

After Serena’s first-round win, a clip went viral on the internet where Olympia is seen a series of high-fives. Serena revealed that her daughter doesn’t give her any advice before any match as she is always busy enjoying and having fun.

Furthermore, the American star said, “She doesn’t give me a lot of advice before the match because, you know, she just has a lot of fun. This kid has a lot of fun. But honestly, it was really cool. And I was like really happy. And then I was like, ‘Okay, no racquet smashing (laughs). stay calm.”

Serena Williams will try her best to get as much exposure as possible at the Canadian Open. With the US Open coming up, it is important for her to play as many matches as possible to get in the right physical and mental space. Serena will be keenly looking forward to play the US Open with the home support on her side.