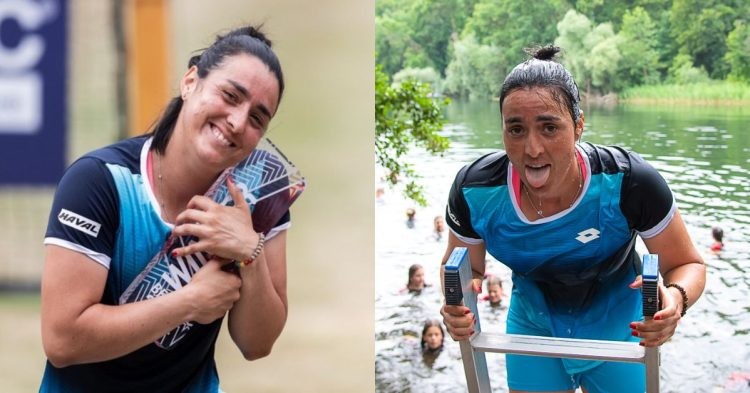 After a disappointing French Open campaign, it looks like Ons Jabeur is finally getting back in form. The world number four recently won the Berlin Open to give herself a big boost ahead of Wimbledon. For Jabeur, the Berlin Open win marked her second grass-court title.

Jabeur claim to the title was rather anti-climatic after finalist Belinda Bencic was forced to retire after suffering from an injury. The Tunisian star won the first set 6-3 and looked on course to win the title. In the second set, her opponent tried her best but had to bow out in the end due to the injury.

Third career title and second on grass for @Ons_Jabeur 🙌 pic.twitter.com/neYI6CX3Qf

Even after the match got over mid-way through the second set, Jabeur did not show much excitement or celebration. Instead, she was busy helping her opponent. She brought an ice bucket to Bencic after the latter suffered an injury on the ankle.

Jabeur sportsmanship won the hearts of the people in the stadium and she also received a lot of praise on social media. Berlin Open title will give Jabeur a fresh breath of confidence. She will try to carry the same momentum for next week’s Wimbledon.

Ons Jabeur celebrates Berlin title with a dip in the lake

After exiting the court, Jabeur celebrated her Berlin title with a dip in the lake. WTA shared a video on Twitter where Jabeur is seen jumping in the lake along with her team members and friends. In another tweet, it was revealed that Jabeur spent 40 minutes after the match signing autographs for her fans.

How to get cool after your match?

Jabeur has many exciting things to look forward to in the coming days. She will be sharing the court with tennis legend Serena Williams for the Eastbourne event. Moreover, she will look to improve her track record in the All England Club.

Last month, Jabeur won the Madrid Open and is the only woman after world number one Iga Swiatek to win more than one title this year.