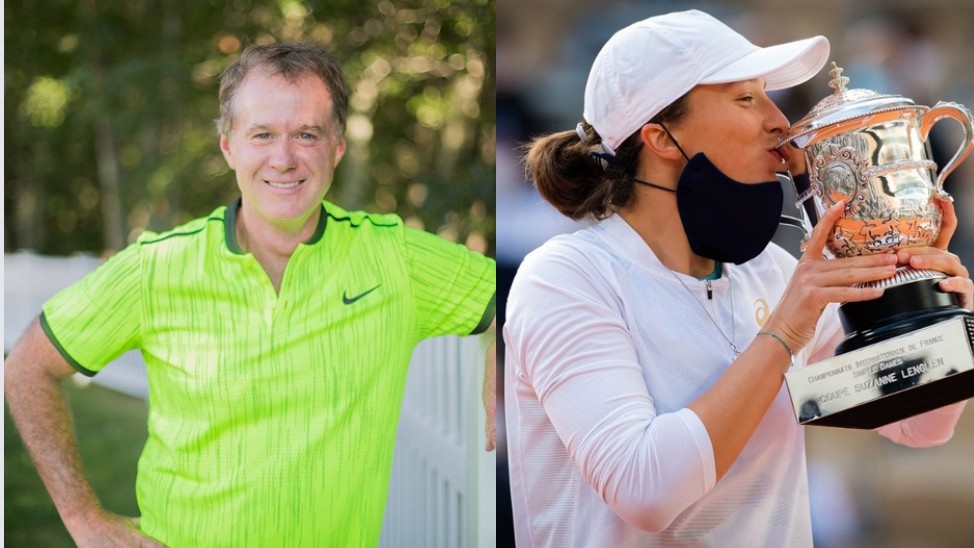 Winning her fifth tournament in a row in Rome, Iga Świątek will go into the French Open as top seed. According to former American tennis player, Patrick McEnroe, Świątek will win her 2nd Roland Garros title.

The Pole, won the title at Roland Garros in 2020. She is over 2,000 points ahead of defending French Open champion Barbora Krejcikova in the new WTA rankings.

After her win at the Italian Open, Świątek expressed her happiness and said that she with celebrate lots of tiramisu. She said, “I’m going to celebrate with a lot of tiramisu! See you at the French Open”.

Patrick McEnroe said that the first things he noticed with Iga Świątek – the spin and pace with which she plays. The American said it reminded him of former world no.1, Serena Williams. However, he added that even Serena on her best days doesn’t play with as much acceleration and topspin like Świątek does.

Recently in the Holding Court with Patrick McEnroe podacst, the American gave his thoughts on Iga Świątek and her playing technique. He said, “When I saw her play… couple of years ago, I was like I haven’t seen any women player hit with that much spin and pace, more importantly, spin.”

Patrick raked about Serena’s game and how Iga surpasses that. He said, “Obviously, Serena did it all. But Serena didn’t play with anywhere near this much topspin and acceleration of the racket that this woman plays with.”

Looking to extend her 28-match winning streak, world No.1 @iga_swiatek meets a qualifier in the opening round#RolandGarros pic.twitter.com/WLeyZQHQJL

Świątek has won her last 28 matches and she hasn’t lost a match since mid-February. She has been absolutely dominant over the last three months and McEnroe says he will be shocked if the Pole somehow doesn’t win the French Open. The further commented on her forehand,  backhand and many more aspects of her game.

He said, “Not only the forehand… this person, Iga Świątek, gets it on like every shot, and the backhand, too. I mean the backhand is a little flatter, but it’s just remarkable the speed of racket she can generate and then get those RPM on her shots. And now, she is finding, you know, sort of her comfort zone and consistency because she’s a remarkable athlete and moves incredibly well.”