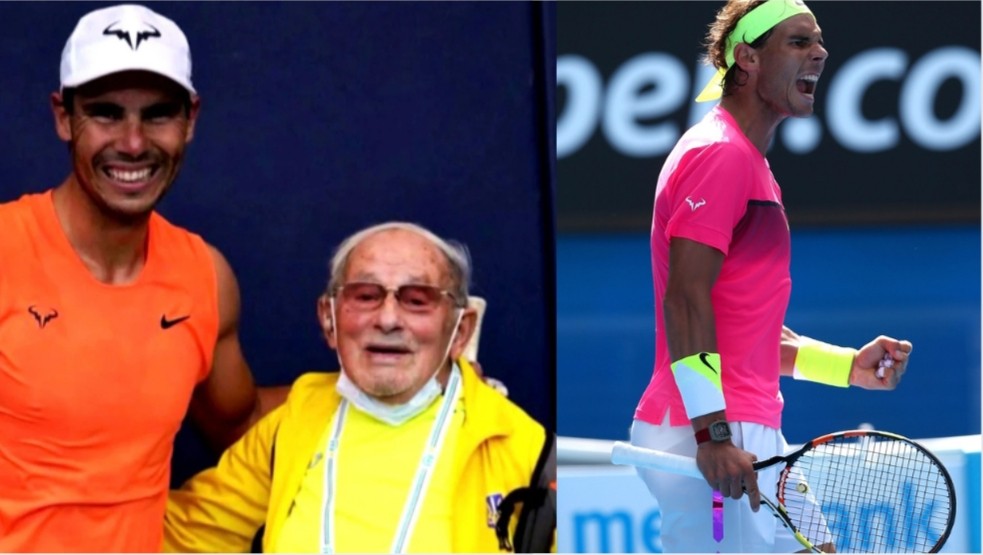 World’s oldest tennis player, 97-year-old Leonid Stanislavskyi had a chance to meet Rafael Nadal on October 2021. He opened up on his horrific experience living in Ukraine during the ongoing conflict.

He hopes to live to the age of 100 but is doing his best to survive the shelling from Russian soldiers in his native city of Kharkiv. Stanislavskyi said, “I hope I live to reach 100. I have to survive this frightening situation. The war started on 24th February. From the 24th till now I have practically not gone out.

Millions of people have fled Ukraine since the invasion by Putin by began. However, the 97-year-old is staying in the country, not leaving his house. He also turned down his daughter’s invitation to live in Poland, where she currently lives. He said, “My daughter Tanya is in Poland, she wants to take me there. But I decided to stay here. I have bad hearing so I sleep at night and don’t hear anything. Last night there were bombings, in the morning there were air-raid sirens again.”

Living through the Second World War, Stanislavskyi being an engineer helped build Soviet warplanes to fight the Nazis.

The fact he is enduring another one in his older years is bewildering and the Ukrainian pleaded for the conflict to come to an end.

Stanislavskyi’s dream came true on October 2021 when he enjoyed a tennis session with Rafael Nadal.

He also has dreams of playing with Roger Federer and will hope to compete at next month’s seniors World Championships in Florida if the violence ceases.

“I’m not afraid of anyone… I’m hoping that the war will end and I will be able to play tennis.”