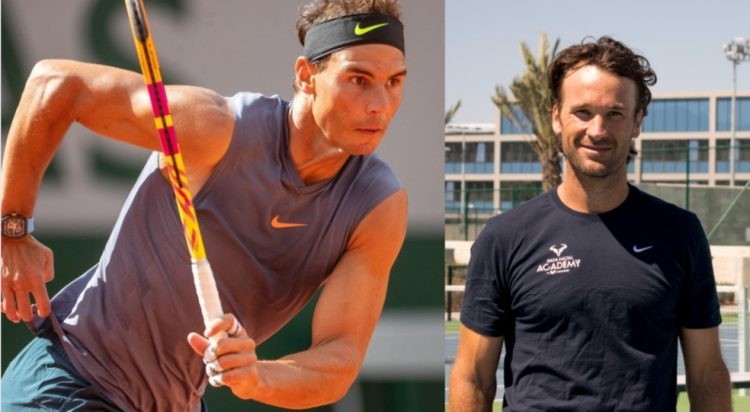 Before beginning his 2022 Wimbledon Open campaign Rafael Nadal confirmed that he and Mery Perelló are expecting their first child.

Rafael Nadal’s coach, Carlos Moya believes that being a father won’t deter Nadal from playing tennis. According to Tennis World USA he said, “In my day hardly anyone traveled with their children. But it is also true that players retired at 30-32 and then started families. Now there are many tennis players who travel with their children in tow.”

He added, “I don’t think paternity will induce Rafael Nadal to stop playing, on the contrary, it will be an extra motivation to keep winning. Rafa loves being with his family and he loves children, so he will miss them when he is around the world.”

The Spaniard always keeps his personal life on the down low, however, he shared the news of his upcoming fatherhood at a press conference held at Palma, Mallorca. He said, “As you all know, I am not used to talking about my personal life because I consider that I am already exposed enough in my professional life. I am quite open in this regard.”

He further added, “But for a matter of peace of mind and the way I understand it, and not only me but other people who live with me, we live better with a lower profile. I don’t know how life changes, because I don’t have experience in it, but I don’t expect this to mean a change in my professional life.”

Rafael Nadal is expected to play in the 2022 US Open after an injury forced him to withdraw from the Wimbledon Open. He pulled out of the semi-finals against Nick Kyrgios who moved to the finals due to the withdrawal.

The 2022 season has been good for Rafa. He won the record-breaking Australia Open title and the Roland Garros title. Fans around the world wanted the Spaniard to win the English Grand Slam for his 23rd Major title. However, his stars were not in his favor and an abdominal injury caused him to pull out of the tournament.

Nadal is expected to make a comeback before making his way to the Flushing Meadows. He will play at the Montreal Masters 1000 and the Cincinnati Masters in August 2022. Director of the Montreal Masters 1000, Eugène Lapierre has confirmed that Rafa is ready to go back to court. The director said, “Nadal really wants to come to Montreal and his hotel rooms are already booked. He was sent a crate of balls to use during the tournament to prepare.”

Despite being held down by injuries, the Spanish tennis legend is roaring to be back on the court. Fans around the world are awaiting news from Rafa’s team to confirm his return. With the 2022 US Open coming up everyone wants to see Rafa get his hands on his 23rd Major title.