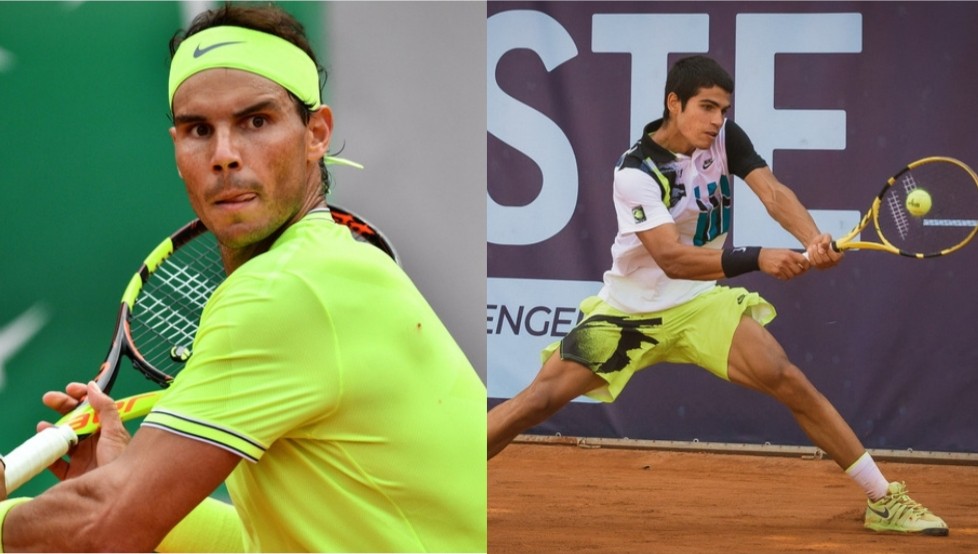 Spain boasts of two great active tennis players in Rafael Nadal and Carlos Alcaraz. Rafa is a legend himself and young Carlos is already making ripples in tennis world.

Rafael Nadal is very impressed with Carlos Alcaraz and he has said, “Well, he’s playing very aggressive. He has a lot of potential. He’s a young and good guy, so, I mean, he already has a great level of tennis today, but I really believe that he gonna be a fantastic player in the near future, no?”

He added, “Yeah, I wish him all the very best. I mean, like Spanish player and like in Spanish fan, I really believe that we need somebody like him. It’s great to have him here.”

Rafael Nadal defeated Carlos Alcaraz on his 18th birthday as he moved into the third round of the Mutua Madrid Open with a 6-1, 6-2 victory.

The rise of Carlos Alcaraz 📈

Previously Rafael Nadal hit the court with Carlos in an Indian Wells practice session on opening day of the BNP Paribas Open. The pair practiced for the second time at a tournament together following the 2021 Australian Open.

Alcaraz is the youngest active male player to have won multiple ATP titles. It is another record that was previously held by Nadal.

Rafa defeated young Carlos in the semi-finals and moved onto the finals of the Indian Wells where he won the title. Rafa has a clear 2-0 lad over Alcaraz over their matches played together.

The Spanish tennis chief, Miguel Diaz Roman has admitted that a French Open final between Rafael Nadal and Carlos Alcaraz is “a real possibility”.

The opinion made after the 18-year-old won the Miami Open. Alcaraz become the second-youngest Miami finalist ever, behind Nadal, by reaching the championship match. He then became the youngest man ever to win the title when he defeated Casper Ruud 7-5 6-4.