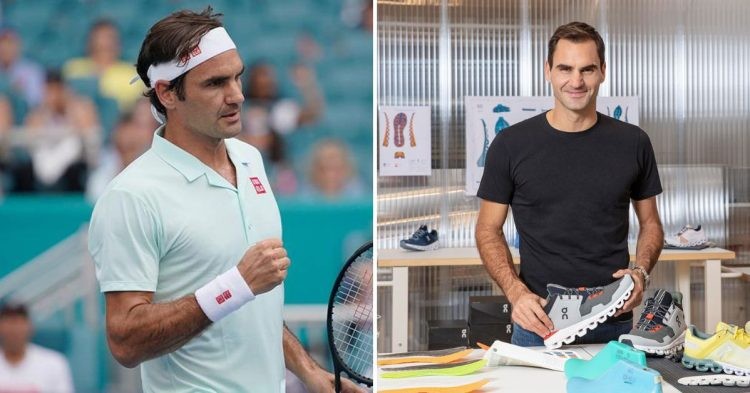 There is a reason why tennis fans consider Roger Federer as a personality beyond the realm of tennis. The Swiss legend not only knows how to shine on the court but off the court as well. At the age of 41, Federer is recovering from an injury and is eyeing a comeback later this year.

One might think that the earnings of a tennis player come from playing matches. Well, that is true for ordinary players but not for a legend like Federer. For the 17th time straight, Federer has become the highest-paid tennis player as per Forbes.

What is interesting to note is the fact that he has not played a single match this year. However, he has still managed to earn $90 million. The earnings have been calculated before taxes and agents’ fees but $90 million is still a very impressive figure.

Federer is known in the tennis world for his business acumen and he has big plans for his brand after his retirement from the sport. His rivals Nadal ($31.4 million) and Djokovic ($27.1 million) have earned considerably less if you also take into account how active they have been in tennis.

How did Roger Federer earn $90 million despite not playing a single match?

Federer’s success and global appeal over the years have led to some big sponsorship deals and that is the reason why his income doesn’t depend on tennis anymore. While he has sponsorship deals with brands like Rolex and Mercedes-Benz, his main income comes from two other companies.

The first brand is Uniqlo which Federer signed in 2018 after parting ways with Nike. The deal is reportedly worth $300 million for 10 years. Therefore, he earns $30 million from Uniqlo every year and that is more than the total earnings of Nadal and Djokovic.

.@KITH has revealed an upcoming collab with @RogerFederer and his billion-dollar brand On Running, entitled “(RF)².”

The new designs will release online and in stores on August 29th. pic.twitter.com/I2ZNZnbWAc

The second brand is Swiss shoe company On Running. After leaving Nike, Federer was looking for a new shoe brand and he came across a Swiss company. He not only came in as a brand ambassador but also invested in the company as a partner. After the company went public, Federer earned a big return on this investment.