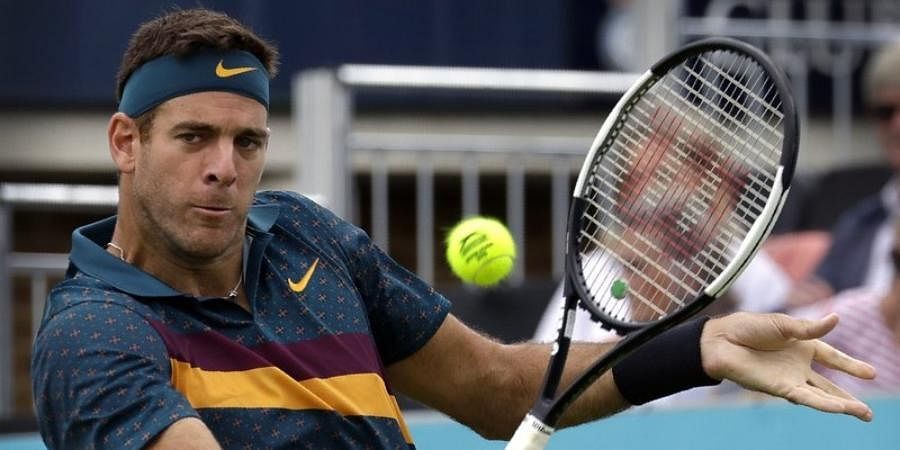 Juan Martin Del Potro is one of two players who have the achievement of defeating both Roger Federer and Rafael Nadal in a single grand slam title tournament.

He also held the record of the first person winning a grand slam title apart from the big 3 during the 2009 to 2017 era which was the time when both Federer and Nadal were in their prime years. He had a fearful and powerful forehand shot which used to trouble the best tennis players as well.

At one point in time when the Argentinian former world number 3 was free from injuries, it seemed as if he had a bright prospect questioning the domination posed by Nadal, Federer and Djokovic. In the initial stages of his career, he was considered just another fired up teenager until the moment he clinched the US Open grand slam trophy in 2009.

One important thing to note here is that Juan Potro won the US Open in his early 20s and against the in-form Roger Federer who was enjoying his prime years.

Over the years the Argentinian star had attempted in giving a formidable challenge to all of the big three, i.e Roger Federer, Rafael Nadal and Novak Djokovic. Let us have a look at how Del Potro has fared statistically specifically against the big 3.

Before we move on to the comparisons it’s worthwhile to note that in the prime years of Juan Del Potro he went through a lot of injuries and thus no statistics can justify how good of a player he was.

In the 20 matches which were played between Del Potro and Novak Djokovic, 16 of them were won by Djokovic and the other 4 were won by Del Potro. Del Potro has reached his best ranking of 3 whereas Djokovic is currently ranked 1 on the ATP ranks.

The Serb has won a record 86 career titles, whereas the US Open 2009 winner has won 22 titles. The last time Del Potro won against Novak was in the 2016 Rio Olympics Round of 64, whereas Novak last defeated Del Potro in the quarterfinals of the Italy Open, 2019.

Potro and Roger Federer: Throwback to the 2009 US Open

This particular comparison is legendary considering the Argentinian star won his first and only grand slam title by defeating Federer in 2009. Both of these tennis stars have played 25 matches against each other.

The last time Juan Martin defeated Federer was during the Indian Wells, 2018. Federer had last faced and defeated Juan Potro in Basel, 2017.

Rafael and Potro have met on the court a total of 17 times, wherein Nadal won a total of 11 times and the Argentinian won 6 times. Potro’s best ranking was 3 whereas Rafael Nadal has held the number 1 ranking for a record period of time.

Del Potro won their last meeting against Rafael Nadal in the 2018 US Open Semi-Finals. Nadal clinched glory against Del Potro in the 2018 Wimbledon quarterfinals.

Rotterdam Open 2022: Results and Highlights – Andy Murray Shines on Day 3, Sets up Round of 16 Against F. Auger-Aliassime